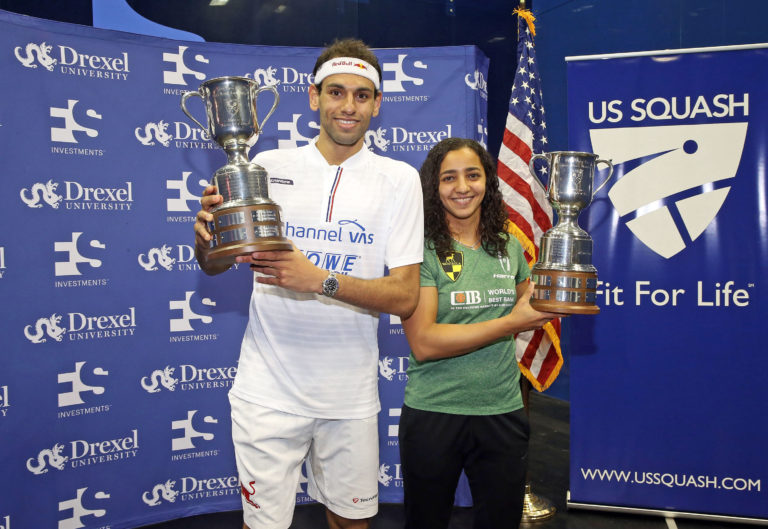 Egyptian Raneem al-Welily has won the US Open Squash Championship after beating Egypt’s Noor al-Sherbini 3-0 in a pure Egyptian final.

“Nour has had a great week and has played really well and I look forward to many more matches this season,” Welily said.

“I’m sure she will come back fighting and they will be good battles.”

Rösner came out firing in the first game, pushing the world No. 1 in an 11-8 first-game victory. After Shorbagy edged the second 11-8, Rösner again mounted a challenge in the third, forcing errors from the world #1 and firing off some incredible winners to take the game 11-6 and earn a 2-1 lead.

In the fourth game the Egyptian maintained a slight lead throughout, earning three game balls and converting on the second to force a fifth game. The fifth game was all al-Shorbagy, as Rösner’s error count rose for the first time in the match to allow Shorbagy to pull away from 3-2 to win the match 11-4 after seventy-three minutes.

“I need to give credit to Rösner, he played amazing throughout the whole week,” Shorbagy said. “I’m pleased we had a fair battle. I am pleased to win my third US Open title, I lost last year and I was a bit disappointed, but I lost to the better player and had no regrets. This year, I wanted to come and try and do one match better and luckily I was able to do that and it came together this week.”