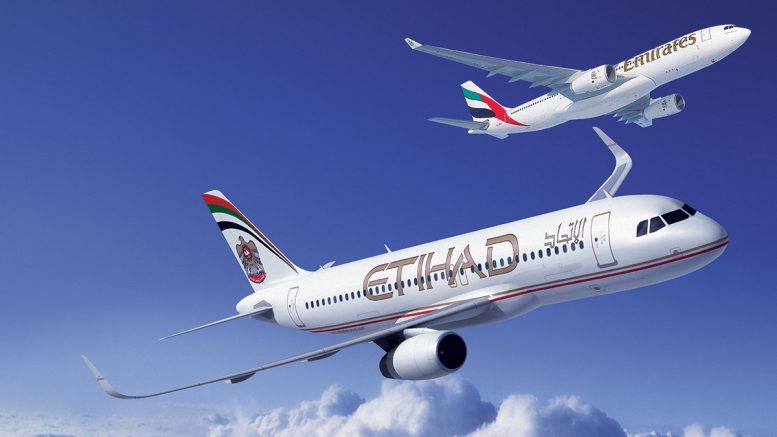 Dubai-based airline Emirates is open to cooperation with rival Etihad Airways on areas including procurement, its president Tim Clark said, adding a full merger between the pair was unlikely but up to the owners.

Both airlines are based in the United Arab Emirates but over the last decade they have been competing fiercely to build global networks based around their respective hubs in Dubai and Abu Dhabi rather than working together.

“I think there is value to be had working more closely with them,” Clark said by phone on Wednesday, adding there might be concerns from regulators in some foreign markets.

“There are many areas that the airlines could work together on like procurement. But we have to go the first jump first to understand what it is we could do and I‘m simply the manager of one of the businesses,” he said.

“It is my superiors who have to make that call, not me.”

When asked if the pair could pursue a merger along the lines of Europe’s Air France and KLM, Clark said: “I don’t think that will be the case but it is not my call really. It is whatever (the shareholders) may do in the future.”

Etihad could not be immediately reached for comments.