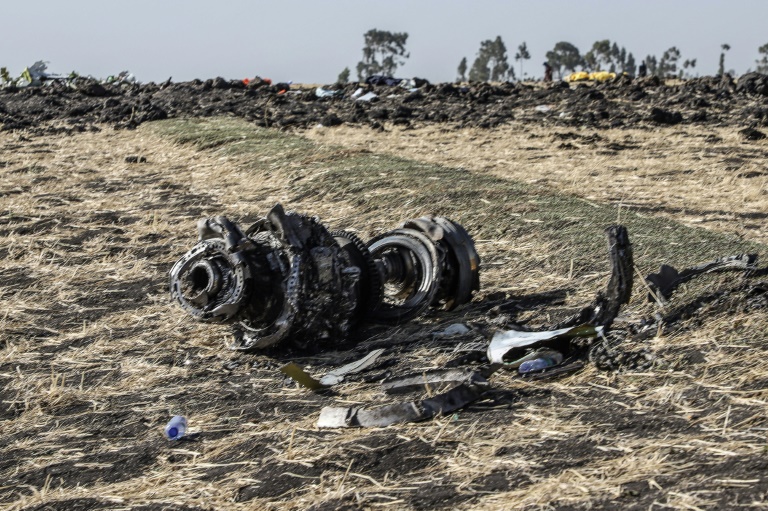 Identifying the cause of the deadly Ethiopian Airlines crash that killed 157 people and caused the worldwide grounding of a brand-new Boeing aircraft model will take “considerable time,” an Ethiopian government minister said Saturday.

The crash of Flight ET 302 minutes into its flight to Nairobi on March 10 killed all onboard and caused the worldwide grounding of the Boeing 737 MAX 8 aircraft model involved in the disaster.

“The investigation of such magnitude requires a careful analysis and considerable time to come up with something concrete,” transport minister Dagmawit Moges told a press conference.

Witnesses said the plane nose-dived into remote farmland southeast of the Ethiopian capital Addis Ababa, reducing the plane to small pieces of debris buried deep in the earth. The victims came from 35 countries.

Dagmawit said it would take up to six months to identify remains, and family members were being encouraged to submit DNA samples in Addis Ababa or at Ethiopian Airlines offices overseas.

Death certificates would be issued in two weeks, she added.

The black boxes from the Ethiopian craft were sent to France’s BEA air safety agency this week to determine the cause of the accident.

The data from one of them, the cockpit voice recorder, has already been extracted and handed over to Ethiopian authorities, the BEA said Saturday.

“The work continues” to obtain the data from the flight data recorder, which was badly damaged in the crash, it added.

A relative of one of the crash victims who asked not to named expressed frustration with the wait for remains.

The person said that under the victim’s Jewish faith, no funeral could be held until his remains were returned, and the six-month delay was distressing for his family.

“They are in immense pressure and remorse as it is, without waiting half a year,” the relative added.

The crash of Ethiopian Airlines Flight 302 was the second deadly incidence for the 737 MAX 8 following the October crash of an Indonesian Lion Air jet that killed all 189 passengers and crew.

The Boeing 737 MAX 8 is a brand-new jet. The crash of two of them in the space of just a few months, coupled with similarities in the circumstances, led countries and airlines around the world to ground the plane.

A preliminary report into the Lion Air disaster was published a month after the crash.