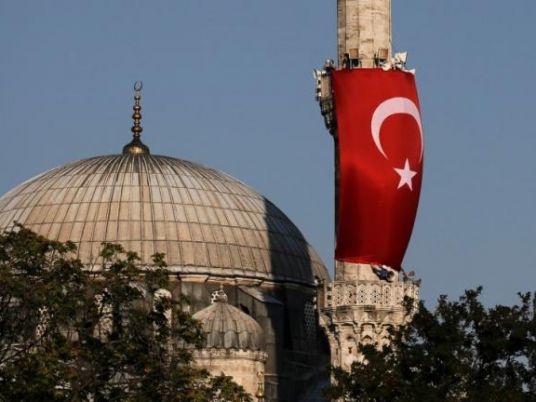 European Union foreign ministers toned down their sometimes harsh views on Turkey as they gathered in Slovakia on Friday, although concerns about a crackdown following a failed coup were still running high.

Turkey has accused the EU of being slow and half-hearted in its condemnation of the attempted coup, while hurrying to criticize President Tayyip Erdogan for the ensuing purge of officials from the police and army to journalists and academics.

The bloc wants to keep Turkish cooperation in cutting the influx of refugees from conflict zones such as Syria and the souring of relations has triggered worries that Ankara could walk away from the deal.

"It's not normal that after the failed coup when we expressed the strong solidarity with the elected leaders of Turkey, instead of getting closer to each other, there is mutual frustration," Lajcak told reporters.

"Turkey is an important partner … I expect that after tomorrow's meeting we will help to improve, normalize the atmosphere between the EU and Turkey."

"I am certain that we will demand that Turkey respects the principles of the rule of law in coming to terms with the aftermath of the coup," he told reporters, as, in Berlin, the German government stuck to a parliamentary resolution on the 1915 massacre of Armenians, which has upset Ankara.

Turkey blamed the US-based Muslim cleric Fethullah Gulen for the failed coup, in which more than 200 people were killed, and went on to detain or dismiss tens of thousands of people that it accuses of sympathizing with him.

Some in the EU were skeptical and believed Ankara was using the failed coup as a pretext to go after Erdogan critics.

On the table also is visa liberalization for Turkey, which has refused to change its counter-terrorism laws in a way that would assuage concern in the EU that Ankara is applying them too broadly in order to quash dissent.

However, Hungary's Foreign Minister Peter Szijjarto said a good relationship with Ankara was vital to preserve the agreement on halting the flow of migrants into Europe.

"Whoever attacks the stability of Turkey would attack the security of Europe because currently Turkey is the one to halt the migratory flow to Europe," he said.

Austria, by contrast, has suggested the EU should drop EU accession talks with Turkey on concerns over democracy and economic matters.

On Friday, Austria's foreign minister Sebastian Kurz said in Bratislava that Vienna wanted to cooperate with Turkey but not as an EU member, noting that the aftermath of the coup has been "very negative".

"The coup must clearly be condemned… But waves of purges, silencing those who think differently is in our opinion the wrong way," he said.

Others stressed the need to combine cooperation with Turkey with putting pressure on Ankara over democratic standards.

"Part of these tensions are coming from misunderstandings and we have to slow these down," Italy's Paolo Gentiloni said.

"Other issues are very serious and so the support to Turkish authorities cannot be separated from our commitment to the human rights and the rule of law. We have to balance the two."