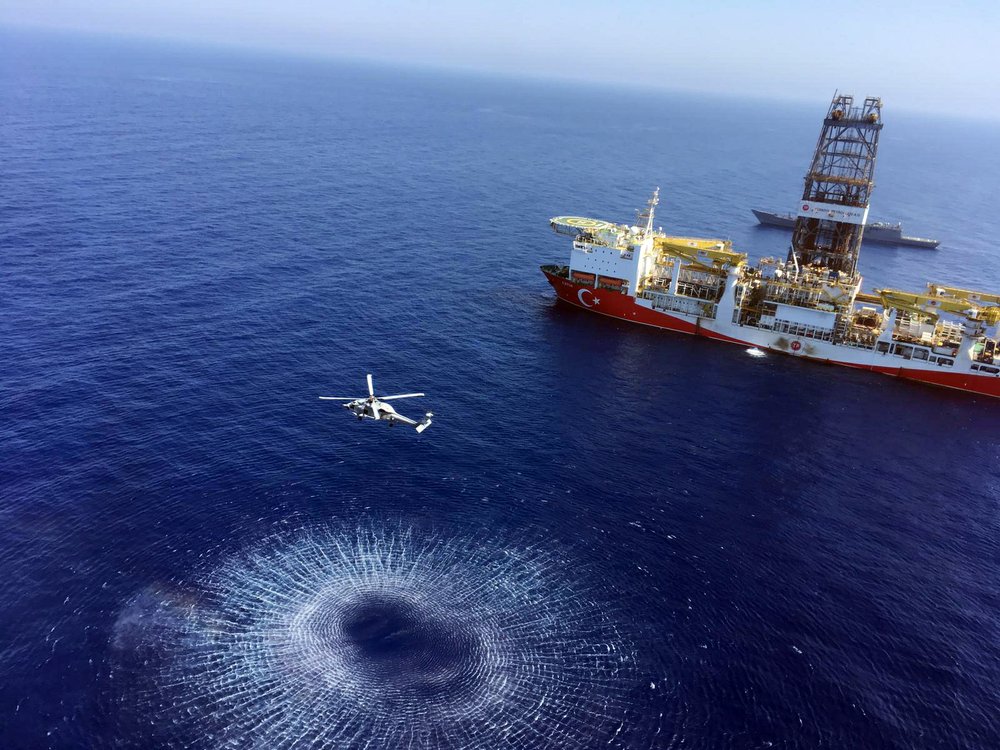 BRUSSELS (AP) — European Union foreign ministers on Monday turned up the pressure on Turkey after approving an initial batch of sanctions against the country over its drilling for gas in waters where EU member Cyprus has exclusive economic rights.

The ministers said in a statement that in light of Turkey’s “continued and new illegal drilling activities,” they were suspending talks on an air transport agreement and would call on the European Investment Bank to “review” it’s lending to the country.

They also backed a proposal by the EU’s executive branch to reduce financial assistance to Turkey for next year. The ministers warned that additional “targeted measures” were being worked on to penalize Turkey, which started negotiations to join the EU in 2005.

Turkey’s Foreign Minister Mevlut Cavusoglu issued his own warning last week that his country would step up drilling activities off Cyprus if the EU moved ahead with sanctions.

Two Turkish vessels escorted by warships are drilling for gas on either end of ethnically divided Cyprus.

The EU ministers repeated the “serious immediate negative impact” that Turkey’s illegal actions are having on EU-Turkey relations and called on Ankara to respect Cyprus’ sovereign rights in line with international law.

They also welcomed the Cypriot government’s invitation to Turkey to negotiate the borders of their respective exclusive economic zones and continental shelf.

Turkey doesn’t recognize Cyprus as a state and claims 44% of Cyprus’ exclusive economic zone as its own, according to Cyprus government officials. Turkish Cypriots in the east Mediterranean island nation’s breakaway north claim another 25%.

Cyprus was split along ethnic lines in 1974 when Turkey invaded in the wake of a coup by supporters of union with Greece. A Turkish Cypriot declaration of independence is recognized only by Turkey, which keeps more than 35,000 troops in the breakaway north. Cyprus joined the EU in 2004, but only the internationally recognized south enjoys full membership benefits.

Turkey contends that it’s protecting its rights and those of Turkish Cypriots to the area’s hydrocarbon deposits. Cypriot officials, however, accuse Turkey of using the minority Turkish Cypriots in order to pursue its goal of exerting control over the eastern Mediterranean region.

The Cypriot government says it will take legal action against any oil and gas companies supporting Turkish vessels in any repeat attempt to drill for gas. Cyprus has already issued around 20 international arrest warrants against three international companies assisting one of the two Turkish vessels now drilling 42 miles (68 kilometers) off the island’s west coast.

The Cyprus government has licensed energy companies including ExxonMobil, France’s Total and Italy’s Eni to carry out gas drilling in blocks, or areas, off the island’s southern coastline. At least three significant gas deposits have so far been discovered there.

Akinci has repeatedly called for the creation of such a committee that he says would give his community a say in how newly found gas deposits off Cyprus’ southern coast are managed and future proceeds are divvied up. A similar proposal was made by Akinci’s predecessor Dervis Eroglu in 2011.

The Cypriot government says energy discussions with Turkish Cypriots should be part of overarching reunification talks, adding that Turkish Cypriot rights to the island’s energy reserves are assured. The government says future gas proceeds that will flow into an established hydrocarbons fund will be shared equitably after a peace deal is signed.

By RAF CASERT and MENELAOS HADJICOSTIS

In this Tuesday, July 9, 2019 photo, a helicopter flies near Turkey’s drilling ship, ‘Fatih’ dispatched towards the eastern Mediterranean, near Cyprus. Turkish officials say the drillships Fatih and Yavuz will drill for gas, which has prompted protests from Cyprus.(Turkish Defence Ministry via AP, Pool)