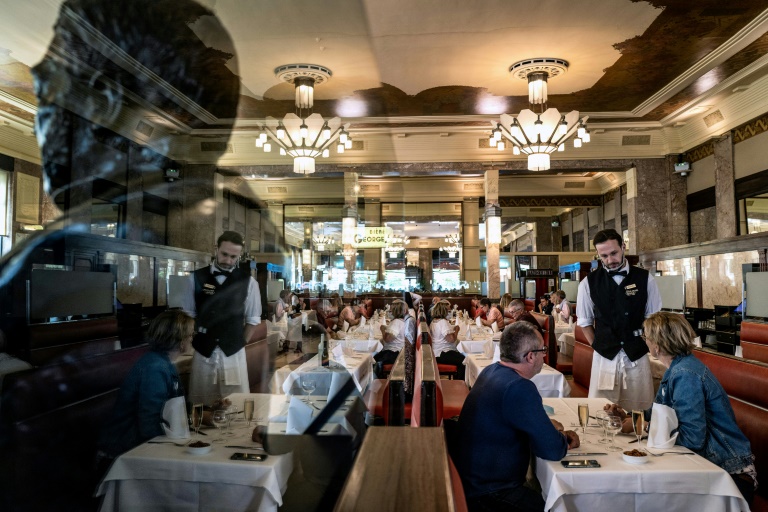 A raft of EU nations reopened their borders to fellow Europeans Monday, but a new coronavirus outbreak in China and surging death tolls in the Americas underlined the bleak struggles still ahead in the pandemic.

More than eight million people have now been infected with the virus worldwide since it emerged in China late last year, and more than 435,000 have died, according to an AFP count based on official figures.

The virus is surging in Latin America and the Caribbean, where the death toll passed 80,000 — the majority in Brazil, which has the second-highest number of infections and deaths in the world, after the United States.

Iran, India and Saudi Arabia have also reported worrying increases in deaths and infections, adding to concern the world still faces a long fight against COVID-19.

Caseloads have declined recently across many parts of Europe, and governments are keen to ease lockdowns that have saved lives but devastated economies and taken a psychological and emotional toll.

Belgium, France, Germany and Greece were among the countries that lifted border restrictions Monday. In Spain, a planeload of German tourists flew to the Balearic islands in an experimental pilot project.

The European Union launched an app, “Re-open EU” — available in 24 languages — to help travellers find out which EU countries they can enter.

At Brussels Zaventem airport, Joy Kamel, a student travelling to join her father in France, waited to board a flight to Marseille.

“It’s been five months since I’ve seen him,” she told AFP. “I’m in the middle of an exam, but since I’m taking them online, I might as well take advantage.”

In England, shops and outdoor attractions welcomed their first customers since March.

Britain, which has the highest virus toll in Europe, is anxious to get back to work after figures last week showed the economy shrank by one-fifth in April.

In Paris, cafes and restaurants were allowed to fully reopen after three months of lockdown, catching up with the rest of France.

“The question now is whether clients will come back,” said Albert Aidan, manager at L’Ami Georges, in the heart of Paris.

But fears of a “second wave” remain — fueled by news from China, which has locked down parts of Beijing to battle a new outbreak.

On Tuesday, Chinese authorities reported another 27 domestically transmitted cases in the capital, bringing the number of infections over the last five days to 106.

The new cluster, linked to a wholesale food market, has led city officials to lock down more than 20 neighbourhoods and test tens of thousands of people.

The crisis has upended countless lives and ravaged the global economy — and has yet to peak in many places.

In Latin America, the latest epicenter, the grim death toll has been accompanied by devastating economic news.

Peru reported its economy shrank by more than 40 percent year-on-year in April.

Chile meanwhile extended its state of emergency by three months, two days after the health minister resigned amid controversy and confusion over the country’s rising death toll.

There was mixed news from the United States, which recorded its lowest daily death toll since March: 385, according to Johns Hopkins University.

It was the second consecutive day the US toll came in below 400. However, the United States remains the hardest-hit country in the world by far, with more than 116,000 deaths.

Some states have seen new flare-ups recently, but President Donald Trump’s administration insists there will be no new economic shutdown even if a second wave arises.

A return to normal still looks distant. Organizers postponed the Oscars by two months, until April 25, and Major League Baseball’s commissioner said he was no longer confident the 2020 season would be played.

The US also withdrew emergency use authorisations for two antimalarial drugs touted by Trump for use against coronavirus, hydroxychloroquine (HCQ) and chloroquine (CQ), over studies that found them ineffective in treating COVID-19.

Iran, the Middle East’s worst-hit country, warned it might have to reimpose tough measures to ensure social distancing, after reporting more than 100 deaths for a second straight day.

And the total number of deaths in Saudi Arabia topped 1,000 amid a new rise in infections just weeks before the annual hajj pilgrimage to Islam’s holiest sites.

In India, officials said 15 million people in the city of Chennai and neighboring districts would go back under lockdown, as cases surged there.

The rise in infections in the country of 1.2 billion people has highlighted the precarious state of its healthcare system. In the capital, Delhi, morgues are overflowing.

Image: AFP / JEFF PACHOUD France allowed all cafes and restaurants to fully reopen as Europe got back to work

Conte calls for 'courage' to save Italy at talks with EU, IMF