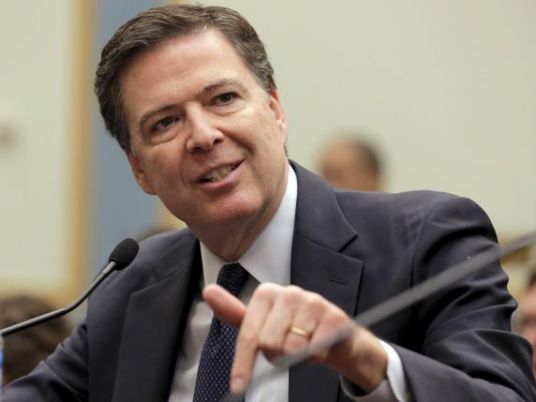 Former FBI director James Comey says in a new book that President Donald Trump reminded him of a mafia boss who demanded absolute loyalty, saw the entire world against him, and lied about everything.

According to excerpts of the book leaked by US media on Thursday, Trump was also obsessed with the alleged existence of a video in which Russian prostitutes said to be hired by Trump urinated on the bed in a Moscow hotel room.

In the book to be released officially next Tuesday, Comey, whom Trump fired in May 2017, says the US president lives in “a cocoon of alternative reality” that he tried to pull others around him into, according to The Washington Post.

Meetings with Trump gave Comey “flashbacks to my earlier career as a prosecutor against the Mob,” he writes.

“The silent circle of assent. The boss in complete control. The loyalty oaths. The us-versus-them worldview. The lying about all things, large and small, in service to some code of loyalty that put the organization above morality and above the truth.”

But Comey goes farther to say that Trump, congenitally, has no sense of what is right and wrong.

“This president is unethical, and untethered to truth and institutional values,” he writes, according to The New York Times.

“His leadership is transactional, ego driven and about personal loyalty.”

The book, entitled “A Higher Loyalty: Truth, Lies and Leadership,” has triggered worries now rippling through the White House and Republican establishment over the damage it might do to the already deeply troubled Trump presidency.

The White House has sought to cast doubts about Comey’s reputation: the Republican Party this week put up a website called “Lyin’ Comey” to undermine the book.

But among both Republicans and Democrats in Washington’s establishment, the reputation of Comey — who has served in the FBI under three presidents — is much stronger than his book’s target.

Last year Comey revealed that Trump had pressured him to drop an investigation into Mike Flynn, the US leader’s former national security advisor, and also demanded a loyalty pledge.

Getting neither, the president fired Comey on May 9, complaining of the ongoing investigation into possible Trump campaign-Russia ties.

A week later the Justice Department appointed a special prosecutor Robert Mueller, who has doggedly pursued the probe as well as possible obstruction of justice by Trump. He has issued 19 indictments so far, including of top Trump lieutenants.

But “A Higher Loyalty” shares little new about the Russia investigation, with Comey bound to respect the classified nature of the Mueller investigation that Trump just this week labeled “fake & corrupt.”

According to the New York Post, Comey says Trump was obsessed with the “pee tape,” the existence of which was first reported by a former British intelligence agent who researched alleged links between Trump’s campaign and Russia.

Trump asked Comey to investigate “what he called the ‘golden showers thing'” Comey writes, saying Trump was determined to prove to his wife Melania that it did not exist.

“He just rolled on, unprompted, explaining why it couldn’t possibly be true, ending by saying he was thinking of asking me to investigate the allegation to prove it was a lie.”

At one point Trump discussed the political implications of the dossier and possible strategies while intelligence community leaders remained in the room, wrote Comey, according to ABC News which also obtained a copy of the book.

“Holy crap,” Comey wrote. “They are trying to make each of us an ‘amica nostra’ – a friend of ours. To draw us in. As crazy as it sounds, I suddenly had the feeling that, in the blink of an eye, the president-elect was trying to make us all part of the same family.”

Trump returned to the matter in a call to attempt to prove why it could not be true.

“I’m a germaphobe. There’s no way I would let people pee on each other around me,” he insisted.

But Trump’s concern over the alleged video extended to the numerous sex scandals that have dogged him over decades as a New York real estate tycoon — and have returned to haunt him in the White House.

In the past year two women, one a pornographic film star and the second a Playboy model, have said they were paid off to be silent about affairs they had with Trump over a decade ago while he was married to his current wife Melania.

Speaking on the Moscow video, Comey said, Trump “strongly denied the allegations, asking — rhetorically, I assumed — whether he seemed like a guy who needed the service of prostitutes.”

“He then began discussing cases where women had accused him of sexual assault, a subject I had not raised,” Comey wrote. “He mentioned a number of women, and seemed to have memorized their allegations.”