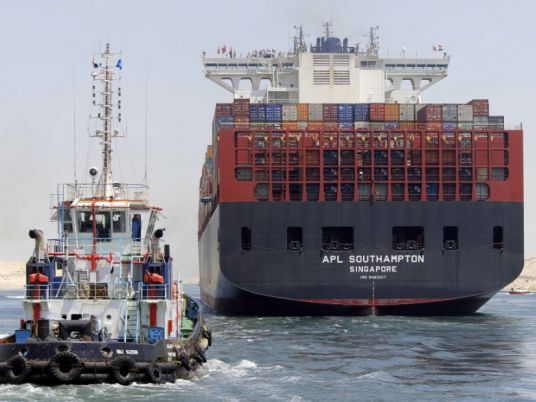 TEL AVIV, Israel (AP) — As Egypt marks the 150th anniversary of the opening of the Suez Canal, marine biologists are bemoaning one of the famed waterway’s lesser known legacies — the invasion of hundreds of non-native species, including toxic jellyfish and aggressive lionfish.

The canal, which connects the Red Sea to the Mediterranean Sea, revolutionized maritime travel by creating a direct shipping route between the East and the West. But over the years, the invasive species have driven native marine life toward extinction and altered the delicate Mediterranean ecosystem with potentially devastating consequences, scientists say.

The influx has increased significantly since Egypt doubled its capacity in 2015 with the opening of the “The New Suez Canal,” raising alarm in Europe and sparking criticism from various countries along the Mediterranean basin. The sharpest criticism comes from neighboring Israel, which once battled Egypt in war alongside the 193-kilometer (120-mile)-long canal.

Bella Galil, an Israeli marine biologist who has studied the Mediterranean for over three decades, said much of the ecological damage is irreversible.

But with the invasive fish and crustaceans buoyed by warming water temperatures and rapidly spreading toward European shores, she argued that urgent action is needed to minimize its long-term impact. Galil, of Tel Aviv University’s Steinhardt Museum of Natural History, said the continued widening and deepening of the canal had created a “moving aquarium” of species that, if unchecked, could make coastal waters inhospitable for humans.

Galil said the number of invasive species, currently about 400, has more than doubled over the past 30 years, a phenomenon she called a “historic example of the dangers of unintended consequences.”

Already, Israel is coping with an unprecedented wave of toxic jellyfish that has damaged coastal power plants and scared off beach-goers and tourists. Several other venomous species, including the aggressive lionfish, have established permanent colonies, creating a potential health hazard when they end up on plates of beach-side restaurants. Most worrisome has been the arrival of the Lagocephalus Sceleratus, an extremely poisonous bony fish commonly known as the silver-cheeked toadfish.

Galil said half of all the Israeli fish intake — and all the crustaceans — are now of the invasive variety.

With the “rolling invasion” now reaching as far as Spain, European countries are increasingly taking note. The issue is set to feature prominently at a United Nations ocean sustainability workshop this month in Venice.

“These non-indigenous organisms present serious threats to the local biodiversity, at the very least comparable to those exerted by climate change, pollution and over-fishing,” Galil said.

She said the new species have caused “a dramatic restructuring” of the ecosystem, endangering various local species and wiping out native mussels, prawns and red mullet.

Israel’s Environmental Protection Ministry said it was monitoring the process with concern since its coasts were the new species’ “first stop” in the Mediterranean. It stressed that Israel could not stop the phenomenon alone but is promoting regulation to protect the most vulnerable marine habitats. With Israel increasingly reliant on the Mediterranean Sea for drinking water, the ministry said protecting the country’s marine environment was “now more important than ever.”

Lebanese scientists at the American University of Beirut recently wrote that failing to mitigate the ecological risks associated with the expansion of the Suez Canal would place a large part of the Mediterranean ecosystem in jeopardy, an opinion shared by marine scientists across the eastern Mediterranean, from Turkey to Tunisia.

A relatively simple option for damage control seems to be available in the form of the Qatari-funded desalination plants the Egyptians are building along the canal, the first of which is expected to be opened later this year.

If carried out properly, Galil said the brine output of the plants could be funneled into the canal to recreate a “salinity barrier” that could stem the flow of species from south to north. The Great Bitter Lakes, about 45 kilometers (30 miles) north of Suez, once created such an obstacle. But as the canal widened and Egyptian cities and farms flushed agricultural wastewater into the lakes, that bulwark disappeared.

Egypt, which signed a peace accord with Israel in 1979 and recently signed a massive deal with it to import natural gas, has largely rejected the dire warnings of the Israeli scientists as politically motivated.

“Invasive species is a huge and nonspecific category,” said Moustafa Fouda, an adviser to Egypt’s environment minister. “They can even be productive, replacing species that are overfished, bringing economic benefits or simply adapting to the new environment.”

He estimated that less than 5% of invaders could be regarded as “disruptive” and that most of the shrimp, mollusks, puffer fish and crabs caused no harm. He said even toxic invaders, such as lionfish, were edible if their venomous spines were removed.

“Invasions are a global trend due to pollution and climate change, the natural result of which is every species struggling to survive and searching for its optimal environment,” said Tarek Temraz, a marine biology professor at Suez Canal University, and author of the environmental ministry’s impact assessment of the canal expansion.

The Suez Canal Authority, the government agency that operates the canal, claimed environmental concerns over its enlargement have been overstated. It said water volume flowing into the Mediterranean increased by 4%, creating “little impact on water flow and plankton movement.”

Canal officials say they are closely monitoring species migration, imposing regulations on ships that unwittingly ferry invasive creatures and curtailing water contamination in hopes of restoring salinity to the lakes.

The canal authority said a recent drive to divert agricultural wastewater away from the Bitter Lakes has successfully raised salinity there by 3% over the past years.

Galil says that’s not enough, insisting that salinity must increase significantly to serve as an effective barrier against newcomers.

“One day we will wake up to a compete and irreversible change and know that there was something we could have done about it if only it had been done on time,” she said.

Reporting by Aron Heller and Isabel DeBre reported from Cairo.

Image: Boats, including a container ship, cross the new waterway of the Suez Canal on July 25, 2015, in the Egyptian port city of Ismailia, east of Cairo (AFP)