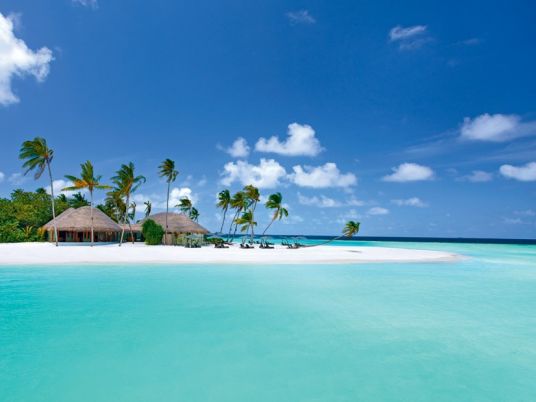 The US Federal Bureau of Investigation (FBI) said it has found no conclusive evidence that an explosion on a boat transporting Maldives President Abdulla Yameen was caused by a bomb.
The Maldives government, however, said the FBI statement was contrary to the outcome of other investigators.
Though the government initially said the blast on September 28 could have resulted from mechanical failure, it later cited investigators from the FBI, Australia, Saudi Arabia, India and Sri Lanka to assert it was an attempt on Yameen's life.
The president, who rose to power in a bitterly contested presidential election in 2013, escaped unharmed, but his wife and two officials were injured.
The FBI was one of the outside agencies asked by the government to look into the blast.
Josh Campbell, an FBI spokesman, said in a statement emailed to Reuters on Saturday that the evidence submitted for analysis was determined to be from the boat and not parts of an improvised explosive device (IED).
"Based on the FBI’s analysis — which included forensic analysis of the scene, analysis of the items recovered from the scene, and chemical testing — there is no conclusive evidence to attribute the explosion on the boat to an IED," Campbell said.
The Foreign Ministry, on its official Twitter feed, said the FBI forensic report was inconclusive.
Home Minister Umar Naseer said on Sunday that police in the Maldives would have the final say on the investigation. Reports from India and Australia have yet to be received.
"No forensic investigation will ever say conclusively something happened for certain," Naseer told reporters in Male, adding that explosives may not have left traces and evidence could have been tampered with.
Maldives Vice President Ahmed Adheeb was arrested last week in connection with the explosion but has denied the allegations. Defense Minister Moosa Ali Jaleel was sacked in mid-October.
Police on Saturday arrested seven people after finding weapons hidden on the seabed.
A Sri Lankan investigator told Reuters the blast was a "high explosive explosion", while Maldives' local probe commission cited Saudi Arabian investigators as saying there were signs of RDX, "a chemical rated as a high explosive and the main element used in making powerful explosives such as C4."
Foreign Minister Dunya Maumoon on Tuesday denied that dissident politicians were trying to unseat Yameen and said he was in control.
Yameen, 56, has provoked street protests in Maldives with a crackdown on political dissent, including the arrest of the country's first democratically elected president, Mohamed Nasheed, who was sentenced to 13 years in jail this year on terrorism charges that have caused an international outcry.