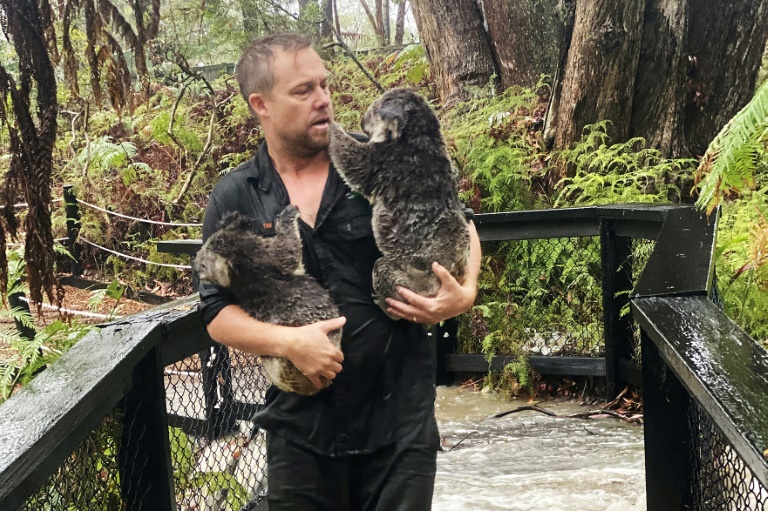 A week ago, koalas at an Australian wildlife park were in the path of raging bushfires. On Friday, they were soaking wet and being carried to safety from flash floods.

Months of drought that have contributed to Australia’s catastrophic bushfire season have this week given way to huge downpours in some of the blaze-ravaged areas.

At the Australian Reptile Park on the nation’s east coast near Sydney, heavy rains on Friday morning sent torrents of water through its bushland setting.

Images released by the park showed soaking wet koalas clinging to gum trees, and a zoo keeper carrying two of the marsupials to safety through rushing waters. 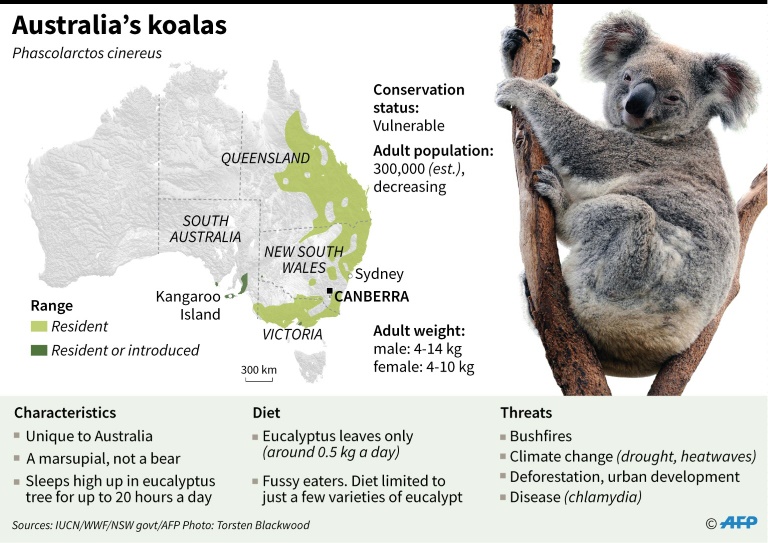 Water levels in the lagoon for the park’s alligators also rose up close to the top of the fence.

A zoo keeper is seen leaning over the fence and trying to push an alligator back down with a broom as it stretches up in an apparent bid to escape.

“This is incredible, just last week, we were having daily meetings to discuss the imminent threat of bushfires,” park director Tim Faulkner said.

“Today, we’ve had the whole team out there, drenched, acting fast to secure the safety of our animals and defend the park from the onslaught of water.

“We haven’t seen flooding like this at the park for over 15 years.”

The bushfires, which began in September, have claimed 28 lives and are estimated to have killed more than a billion animals across eastern and southern Australia.

The wet weather this week has given exhausted firefighters a huge boost, helping to reduce or contain some blazes.

But dozens of fires remain out of control, and authorities have warned the crisis could worsen again with Australia only half way through its summer.

“The contrast between the current bushfire crisis and this sudden flooding is striking,” Faulkner said.

“But we are well-aware that a huge part of Australia is still burning, and millions of animals are still under threat.”

Image: Wet and woolly: Koalas at one Australian zoo were at risk from wildfires last week, but got drenched in torrential rain on Friday (AUSTRALIAN REPTILE PARK/AFP/Handout)

Makeshift koala hospital scrambles to save dozens injured in bushfires