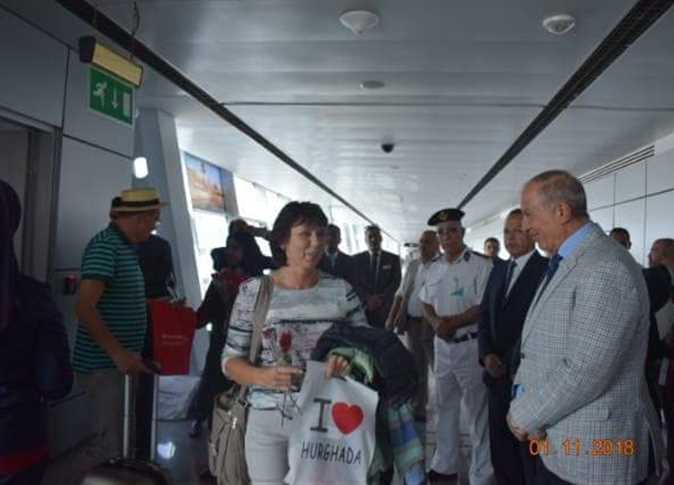 The airport received its first flight, carrying 200 tourists from Munich airport, with the start of the winter tourist season, and flights from the German company are scheduled to increase in the coming period.

Red Sea Governor Ahmed Abdallah, leaders of the travel agency that organized the trip, and Hurghada International Airport officials received the German tourists at the airport.

Abdallah welcomed the tourists, and expressed his happiness at the return of Lufthansa’s flights, believing it will help attract more tourists to the region.

The reopening of flights, alongside the launch of the new direct flight, are the result of years of effort to restore tourism to Hurghada, Abdallah said.

German nationals rank first in the number of tourists who have visited the Red Sea Governorate, ever since a 2015 terrorist operation downed a Russian passenger jet over the Sinai, severely denting Russian tourism.