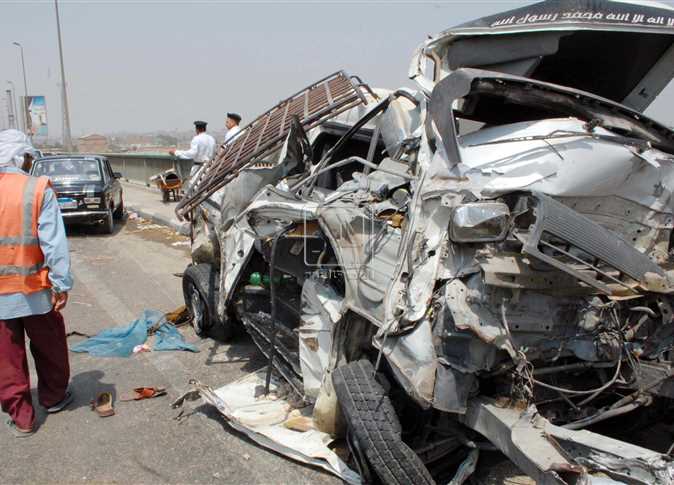 Five people were killed in a collision on the Ring Road in the al-Warraq area at Giza.

A bus suffered a sudden breakdown and stopped on the left side of the road, and
a microbus then hit the bus from the back, leading to the death of five and the injury of two others according to  security sources.

Legal measures were taken regarding the incident.

According to a report by Egypt’s Central Agency for Public Mobilization and Statistics (CAPMAS) for 2017, road accidents that year resulted in 3,747 deaths, 13,998 injuries, and 17,201 damaged vehicles.

The report claims that the leading cause of road accidents is the human factor at 78.9 percent of total cases, followed by vehicle defects at 14 percent, and environmental causes, such as road conditions, at two percent.

In another report, CAPMAS mentioned that collisions had declined by 24.2 percent in the first half of 2018.