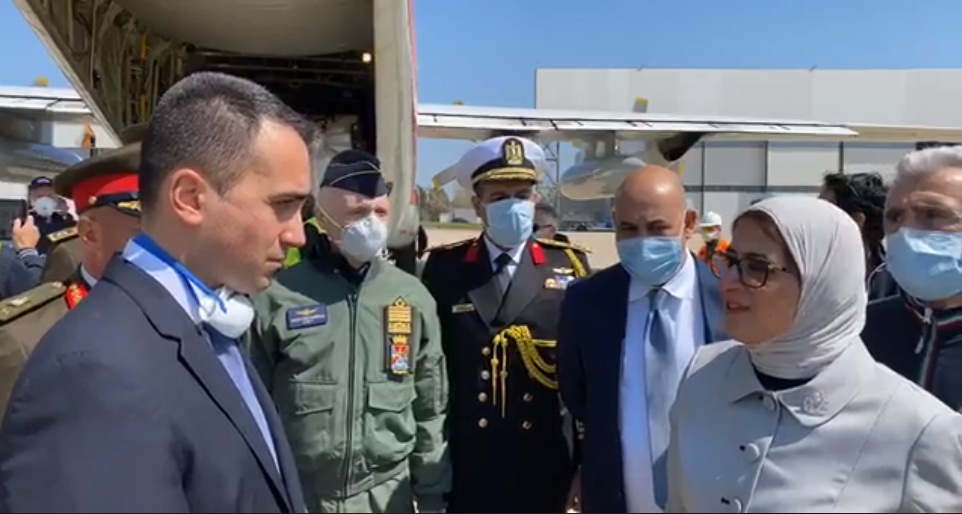 Egyptian Foreign Minister Sameh Shoukry on Sunday received a phone call from his Italian counterpart Luigi Di Maio discussing the latest developments regarding the novel coronavirus outbreak and cooperation in fighting it.

The spokesperson for Egypt’s Foreign Ministry Ahmed Hafez said that the Italian Foreign Minister appreciated the support Egypt has given Italy against the virus, which has helped Italy’s efforts to contain its spread and reinforced the spirit of solidarity the two nations share.

He added that the phone talks reached an agreement regarding the importance of strengthening bilateral cooperation between Egypt and Italy in various fields, alongside the need for further coordination between Cairo and Rome on all issues of mutual interests.

The talks also saw discussions regarding Libya, with Hafez stating that the two foreign ministers exchanged their views on the latest developments there and ways to reach a comprehensive settlement in a way that achieves the interests of the Libyan people, restores security and stability and annihilates the threat of terrorism from the region.

Italy ranks third in terms of the number of cases of coronavirus around the world, with more than 209,300 infections and about 28,700 deaths.