The Egyptian prosecution arrested the brother of former Finance Minister Youssef Boutros Ghali on Wednesday, February 13 for four days under investigation in the case of Italy’s diplomatic bags of smuggled antiquities.

Taking further steps regarding this evidence, Sadek requested the Ministry of Antiquities to send a team of archaeologists to Italy to examine the smuggled antiquities. Sadek and the General Secretary of the Supreme Council of Antiquities accompanied the investigating team to Italy.

Confirming that the antiquities were Egyptian originals, investigations revealed 195 small pieces were found, in addition to 21,660 ancient metal coins.

Along with a team from the Egyptian prosecution, a group of experts was directed to Italy to legally obtain the antiquities from Salerno and take them back to Egypt, where the pieces will be exceptionally exhibited in the long-awaited Grand Egyptian Museum.

Town dating back to Greek and Roman eras unearthed in Alexandria 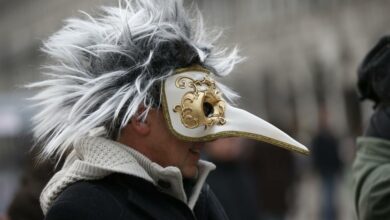 No stranger to plagues, Venice opens film fest with caution