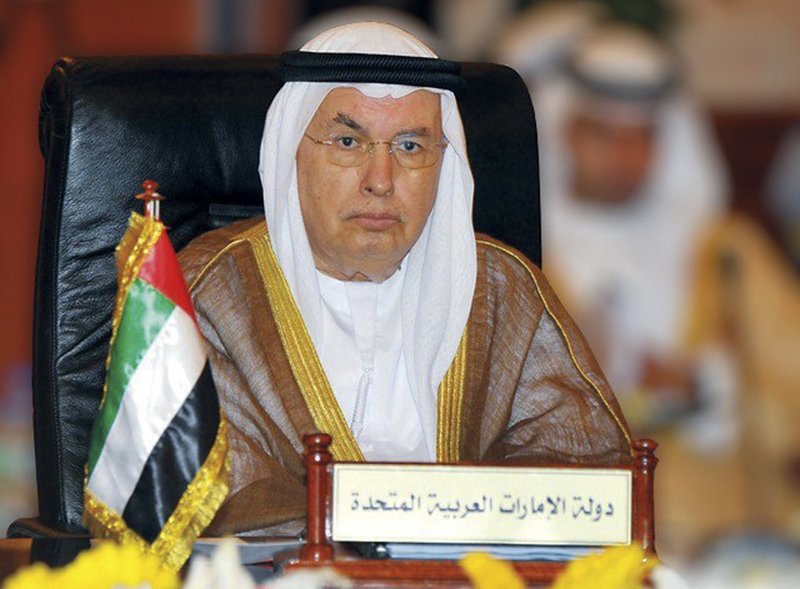 Al-Abed long served as the head of the country’s National Media Council, a government regulatory body. He also was a de facto government spokesman, with his phone number the first rang by foreign journalists for decades as Abu Dhabi and Dubai grew into the skyscraper-studded cities they are today.

WAM, which announced al-Abed’s death, offered no cause.

A Palestinian by birth, al-Abed fled on his father’s shoulders during the 1948 war surrounding Israel’s establishment, his longtime colleague and friend Peter Hellyer said. Known as the “naqba,” or “catastrophe” in Arabic, the conflict uprooted hundreds of thousands of Palestinians.

Al-Abed studied at the American University of Beirut and served as a Palestinian student leader. He graduated with a political science and public administration major.

He moved to the United Arab Emirates in 1975, just a few years after the federation’s creation out of a collection of sheikhdoms that the British referred to as the Trucial States. Tens of thousands of Palestinians moved to the UAE to help create the country, serving in government ministries and in its oil fields.

Al-Abed created the WAM news agency in 1977 and helped Hellyer set up the agency’s English wire in 1978. He also served as a trusted media adviser to generations of Emirati government officials, later becoming an Emirati citizen himself.

At the time of his arrival, he once recounted, there were just two newspapers and a fledgling radio and television scene — not the vast landscape of today that sees foreign media use Dubai Media City and Abu Dhabi as safe bases to cover a region long prone to conflict.

“The very important development for the media in the UAE was the creation of the Dubai media zone. … When it started, we were wondering what are we going to have,” al-Abed told the Saudi-owned satellite news channel Al-Arabiya in 2018. “It turned out that we have now over 2,000 organizations, companies, working in Dubai media zone.”

“The UAE has become a hub for the international media.”

Al-Abed is survived by his wife, three children and grandchildren.

This undated photo released by Emirates News Agency, WAM, shows Ibrahim al-Abed, the founder of the state-run news agency. Ibrahim al-Abed, a pioneering media figure as the oil-rich nation grew into a regional power, has died. He was 78. (WAM via AP)