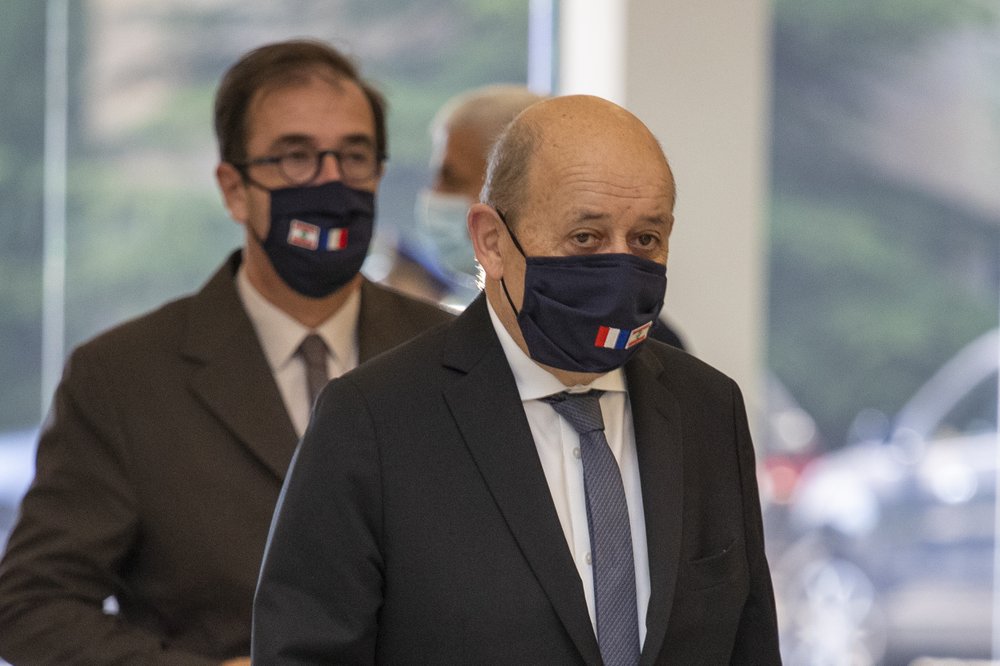 BEIRUT (AP) — French Foreign Minister Jean-Yves Le Drian met with Lebanon’s president Thursday at the start of his two-day visit to the Mediterranean country that is witnessing the worst economic crisis of its modern history.

Le Drian is the first Western official to visit Lebanon since the crisis, which has been unfolding since last year. It has deepened since the government defaulted on its debt, the onset of coronavirus restrictions and stalled talks with the International Monetary Fund over an economic rescue plan.

Le Drian had appealed to Lebanese officials to carry out needed reforms, calling on them “to help us help you” during a recent session in France’s Parliament.

France, the former colonial power in Lebanon, is also the leading Western nation involved in planning efforts to help the Lebanese economy out of its dire straits.

A new government, backed by the powerful Hezbollah group and its allies, was formed in January and has since been embattled by domestic rivals and economic power centers on ways to proceed with reform and the IMF talks. Adding to the domestic tension is the fact that Hezbollah is facing increased US sanctions, part of the US’s campaign against Iran and its allies in the region.

Lebanese officials hope successful IMF talks will open the way for US$11 billion in aid pledged during a 2018 conference hosted by France.

Le Drian met with President Michel Aoun, then Prime Minister Hassan Diab. He was scheduled to meet other Lebanese officials before his departure Friday.

The economic crisis has sparked a free-fall in the local currency against the dollar, which had been used interchangeably with the Lebanese pound. Unemployment and poverty have soared since and UN aid agencies began wide distribution of food to needy families for the first time since Lebanon’s last devastating war with Israel in 2006.

Crisis hits Lebanon’s hospitals, among the best in Mideast