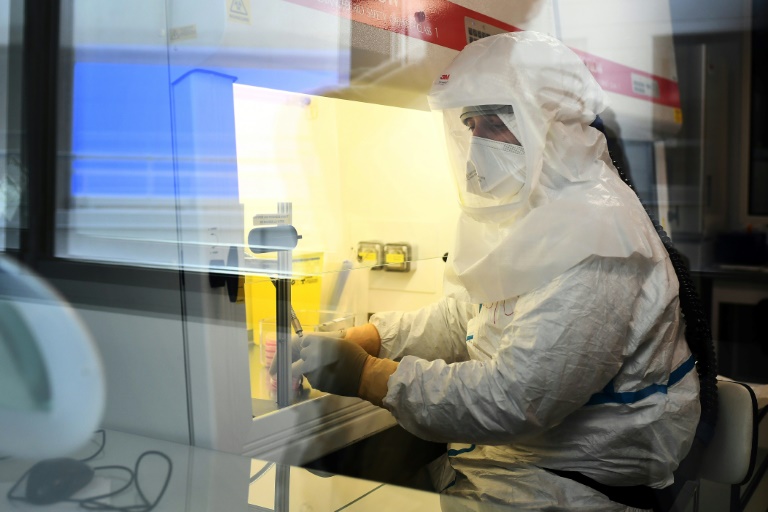 Tuberculosis killed at least 1.7 million people in 2017, according to the WHO, making the airborne infection the world’s deadliest infectious disease

A new treatment for a drug-resistant strain of tuberculosis can cure 80 percent of sufferers, according to a trial hailed Monday as a “game changer” in the fight against the global killer.

Doctors in Belarus — a country with one of the highest rates of multidrug-resistant tuberculosis in the world — spent months treating patients with a new drug, bedaquiline, alongside other antibiotics.

The results, seen exclusively by AFP, were startling: Of the 181 patients given the new drug, 168 people completed the course and 144 were totally cured.

The World Health Organization says currently only 55 percent of people with multidrug-resistant tuberculosis are successfully treated.

The Belarus trial cure rate — 80 percent — was largely replicated in bedaquiline trials in other countries in eastern Europe, Africa and Southeast Asia, according to abstracts seen by AFP, due to be unveiled at a major tuberculosis conference later this week.

“The results from this study confirm… that newer drugs like bedaquiline can cure and are game changers for people living with multidrug-resistant and extremely drug-resistant tuberculosis,” Paula Fujiwara, scientific director of The International Union Against Tuberculosis and Lung Disease who was not involved in the research, told AFP.

Lead researcher Alena Skrahina, from the Republican Research and Practical Center for Pulmonology and TB in Minsk, called the bedaquiline results “promising”.

“Generally, our study confirms the effectiveness of bedaquiline in previous clinical trials, and does not confirm the concerns about safety problems,” she told AFP.

Tuberculosis killed at least 1.7 million people in 2017, according to the WHO, making the airborne infection the world’s deadliest infectious disease.

It kills more than three times as many people as malaria every year and is responsible for the majority of HIV/AIDS deaths.

Despite the huge death toll, tuberculosis receives roughly a tenth of the global research funding that goes to HIV/AIDS.

Multidrug-resistant tuberculosis is immune to two of the most common antibacterial drugs used to treat the disease.

Experts believe it is spreading worldwide due to poor handling of tuberculosis cases.

Unlike other global killers such as HIV, tuberculosis is curable — but currently only under a strict six-month supervised regimen involving multiple daily drug doses.

In many parts of the world medications are incorrectly stored, or simply run out before the treatment has finished, leading to greater drug resistance, especially in crowded settings such as prison and hospitals.

The WHO says variants of multidrug-resistant tuberculosis have been reported in at least 117 countries around the world.

Unlike many antibiotics, bedaquiline doesn’t attack the bacteria directly and instead targets the enzymes that the disease relies on for its energy.

All of the patients in the study experienced side effects but these were less severe than previously thought.

On the sidelines of the General Assembly in New York, world leaders pledged $13 billion annually to end the tuberculosis epidemic, with a further $2 billion to fund research — up from $700 million currently.

Unlike the battle against HIV, which has received high-profile celebrity backing, tuberculosis is often seen as a historic affliction effecting only remote and undeveloped parts of the world.

Scientists and policymakers gather this week in The Hague for a global conference on lung health, where they are expected to warn that tuberculosis could spread through richer nations currently struggling with non-communicable diseases such as diabetes and obesity.

India alone accounts for a quarter of all tuberculosis cases, and there are hopes that new, cheaper drugs could help strangle the spread of the disease if rolled out worldwide.

“We urgently need more affordable drugs like bedaquiline if we are to seriously make a dent in curing the estimated 600,000 people falling sick to multidrug-resistant tuberculosis each year and avoiding nearly a quarter of a million deaths,” said Fujiwara.

WHO launches campaign for better use of antibiotics

World failing in fight against antibiotic resistance: WHO