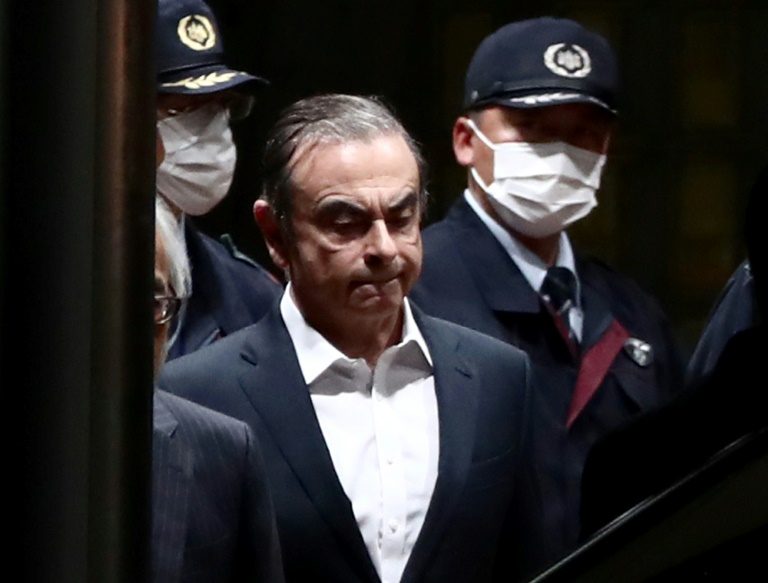 The family of former Renault and Nissan head Carlos Ghosn has submitted another request for UN intervention against what it says is his “judicial persecution” in Japan, one of their lawyers said Sunday.

Jessica Finelle said the family had approached the working group on arbitrary detention at the Office of the UN Commissioner for Human Rights to see if they could provide some redress.

In the request, the lawyers say bail conditions imposed on Ghosn amounted to “house arrest” and were intended to weaken him psychologically ahead of his trial.

Ghosn was dramatically arrested in November as he stepped off his private jet in Tokyo. He was held for 108 days as prosecutors investigated financial misconduct allegations and charged him with three counts.

He finally won bail in March, agreeing to conditions including living in a court-appointed residence monitored by cameras.

But prosecutors then leveled a fresh allegation against him in April and he was rearrested, spending another 21 days in detention before winning bail a second time.

The former Nissan chief is now preparing for trial on four charges of financial misconduct ranging from concealing part of his salary, to using Nissan funds for personal expenses.

Lawyers for the family said in the latest request to the UN’s working committee on arbitrary detention that the number and scale of the conditions imposed on Ghosn amounted “in effect to house arrest, meaning that his provisional detention continues and he is still deprived of his liberty”.

The restrictions, “especially the prohibition of any direct contact with his wife, appear to be abuse aimed at tiring him out psychologically and to put him in a position of weakness… in violation of the right to a fair trial”.

“This really amounts to a form of judicial persecution of Carlo Ghosn who is prohibited from meeting his wife, even for an hour in the presence of lawyers,” they say, according to the documents seen by AFP.

Describing Ghosn as being held “hostage”, the lawyers go on to demand that the UN working group declare the Japanese measures to be “arbitrary” and to urge Japan to “release (him) without delay”.

Lawyer Finelle told AFP that even if the UN working group has no power to compel Japan to act differently, “it is still a matter of image for the Japanese”.

She said she hoped for a decision before Ghosn’s court case begins, which might not be until next year.

Image: AFP/File / Behrouz MEHRI The family of former Nissan chairman Carlos Ghosn has asked the UN to intervene against what they termed his “judicial persecution” in Japan

Ghosn hit with fresh charge in Japan, files for bail