Sticking to a vegan diet could be one of the best ways to lose weight, according to a new study that suggests vegans lose an average of 2kg more on the short term than individuals on other diet plans.

The review analyzed the results of 12 studies about veganism with data from a total of 1,151 dieters spanning between nine and 74 weeks of slimming efforts.

It's the first study to compare data from vegan plans against that of the Atkins diet and others recommended by the American Diabetes Association and the US National Cholesterol Education Programme.

Dieters on a vegetarian or vegan plan lost an average of 2.02kg more than those who consumed meat and other animal products. Of the non-meat-eating group, the vegans edged out the vegetarians, losing an average of 2.52kg.

Vegetarians whose diet permits eggs and other dairy products lost an average of 1.48kg more than their meat-eating counterparts. Those who followed a calorie-restricted vegetarian diet lost more weight than those who simply avoided meat.

They have a low glycemic index and thus prevent blood sugar levels from spiking, according to Huang.

Too many spikes in blood sugar levels could bring upon type 2 diabetes, according to the Harvard School of Public Health, as the process produces so much insulin that the body stops responding to it overtime, ceasing production.

Whole grain products contain soluble fiber – the "good" fiber that makes for slow, smooth digestion, according to Huang, who remarks that studies have demonstrated that fiber consumption promotes weight loss.

"Vegetarian diets are more effective than non-vegetarian diets for weight loss," says Huang, emphasising the need for long-term intervention trials to thoroughly investigate the benefits of vegetarian and vegan diets.

The study was published in the Journal of General Internal Medicine. 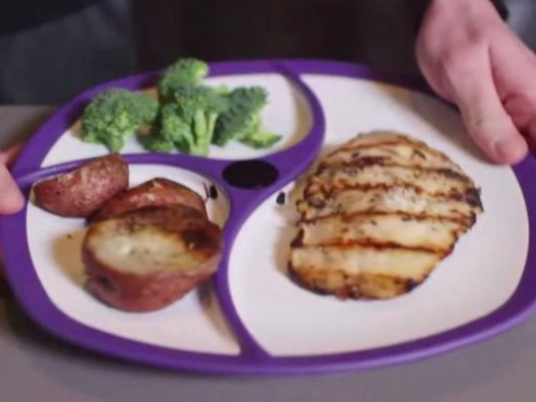 Could vegetarian school meals be a solution for secular France?