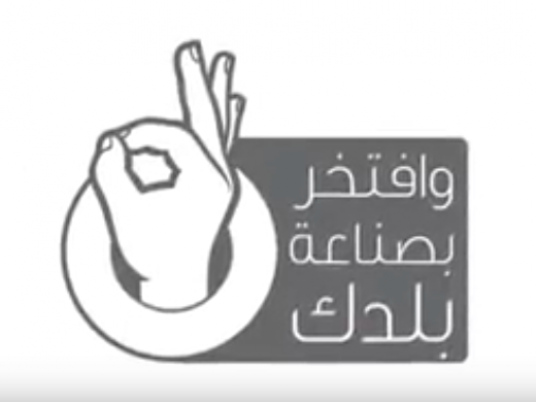 The Trade and Industry Ministry has launched a new advertising campaign aimed at encouraging Egyptians to have more confidence in their own abilities in the realms of business and industry, partly in the hope that they will buy more Egyptian-made goods.

Working under the slogan "Be proud of your country's industry", the campaign comments humorously on a phenomenon that results in part from Egypt’s diverse colonial dating history — the persistent idea that foreigners can generally do a better job of things than locals.

Clever and sarcastic, the campaign criticizes Egyptians for their “okdet al-khawaga” (foreigner complex), a popularized academic concept that entails romanticizing the things that foreigners do. While this phenomenon holds true to some extent all around the world, Egypt seems to have refined the art of glorifying imported goods and condemning local ones.

The campaign is comprised of three ads that show three everyday Egyptian settings in which the actions of foreigners and Egyptians provoke quite different reactions. When a foreigner carries out an action, he is praised for a number of reasons, but when an Egyptian performs the exact same action, he is criticized and made fun of.

The campaign is noteworthy for its creativity, especially since it is a government campaign. Egyptians have become accustomed to cheesy and wildly out-of-touch government campaigns that depict farmers, builders and soldiers working together hand-in-hand — cue very big eye-roll.

This new campaign is quite different. All three videos are very funny and well-executed, outlining some simple truths about the country, and in under a minute.

The authorities have launched buy-local campaigns before, but this time there is an added element providing credibility to the government's efforts. Realizing as it does that imported goods are indeed often of a higher quality than local ones, the new campaign introduces a new quality seal to be applied to certain locally produced goods, designating them as officially up to scratch.

The implication being that any new-found confidence in Egyptian products can applied to products that have been tested and verified as worthy of the seal — while consumers can presumably continue dismissing anything without the seal.

Products that receive the seal must be made of at least 40 percent local raw materials, thus ensuring that foreign products aren’t just being assembled by Egyptian labor. Additionally, products bearing the seal must have passed a number of quality requirements enforced by the ministry. Furthermore, monetary incentives of up to 20 percent have been promised to manufacturers that can export their products abroad.

Egyptians are no strangers to the ridiculous amounts of money people spend on international schools, imported clothes, expensive phones. The list goes on. There may be several reasons for this, including the perception that foreign goods and services are of higher quality. While this may be true in the case of electronics or automobiles, in many cases it's not true at all.

For example, take the case of fast food. Abroad, fast food is cheap and convenient and is meant for people who can’t spend much money on a meal that is actually nutritious. A stuffed-crust pizza from Pizza Hut is hardly considered high-quality cuisine, and rightly so. Meanwhile, there are many excellent pizzas with suptuous toppings to be purchased in Cairo's various restaurants, lovingly prepared, using fine, fresh ingredients.

And yet, due to its images as a "high-quality" Western food producer, Pizza Hut attracts masses of Egyptian diners, willing to pay around LE100 for a large stuffed-crust pizza — which is not cheap by Egyptian standards. The price is particularly high considering that the product is bascially glorified cardboard.

Due in large part to the foreigner complex, people will still choose the Pizza Hut option over a more nutritious option produced locally and sold under an Egyptian brand. The assumption, as ever, is that the foreign option is better… because it's foreign.

Thus far, the new ad campaign has been well received, both by those in industry and the general public.

Mo'men Mokheimar, the head of the government-affiliated Egyptian Industrial Association,organization, said, "The time has come for Egyptians to start taking care of their country, and they can do that by buying local products and doing their part. This campaign is an important step in the right direction, and people have to believe that it will help the country get back on its feet. People will be skeptical at first, but there's no other choice.”

With prices increasing all over the country this year and the Egyptian pound reaching an all-time low against the US dollar, things probably need to change. Egypt has an economy that imports way more than it exports. Last year, for instance, Egypt’s total imports amounted to $82.4 billion, compared to $33.2 billion in exports.

However, not everyone is impressed with the government's new buy-Egyptian ad campaign. Mohamed Guneidy, head of the Industrial Investment Syndicate, has expressed skepticism.

Speaking to Al-Borsa News, Guneidy said the decision to purchase one thing or another is based on many factors, and the issue of quality must be taken seriously.

"It’s not just about it being local or not. It depends on quality, price in relation to quality and services provided even after a product is sold," said Guneidy.

He feels more effort should be spent on raising the quality of home-grown products, so that people don't gravitate towards the foreign imports. Local alternatives should be good enough to convince people to buy local.

As head of the investment syndicate, he also emphasizes the need for solutions to Egypt's various foreign-investment issues if the country is to get back on its feet.

Here below are the videos themselves: