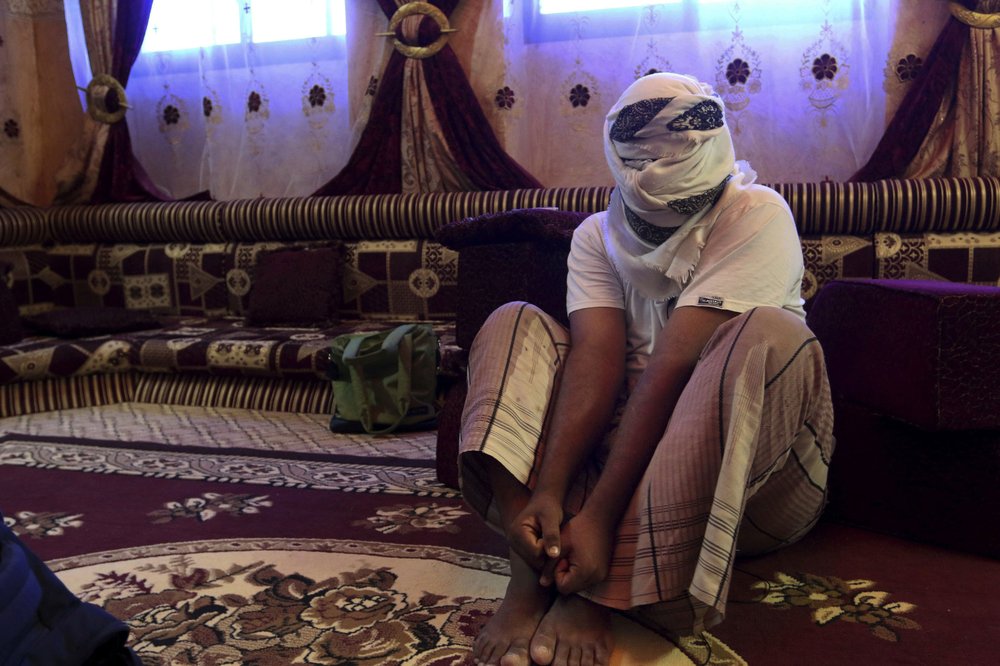 CAIRO (AP) — A Yemeni rights group on Tuesday accused both sides in the country’s civil war of arbitrary detentions, forced disappearances and torture of hundreds of people in the past four years in unofficial detention centers across war-torn Yemen.

The Mwatana Organization for Human Rights said it documented over 1,600 cases of arbitrary detentions, 770 cases of forced disappearances, 344 cases of torture and at least 66 deaths in secret prisons run by the warring sides since April 2016.

The group released a 87-page report identifying at least 11 unofficial detention centers across Yemen, where “torture and other forms of cruel, inhuman and degrading treatment are particularly prevalent.”

“The scale and severity of abuse […] has had significant societal impact,” it said. Many of the secret sites held people for lengthy periods, with the detainees’ families not knowing where their relatives were held until after their release or transfer to another detention, the group said.

Yemen’s conflicted erupted late in 2014 when Iran-backed Houthi rebels swept across much of the north and seized the capital, Sanaa, forcing the internationally recognized government of President Abed Rabbo Mansour Hadi into exile. The following year, Saudi Arabia and other Gulf states formed a coalition to take on the Houthis in what they said was an effort to stop Iran’s growing sway in Yemen.

The conflict has killed more than 100,000 people and created the world’s worst humanitarian disaster, with more than three million people internally displaced and two-thirds of the population relying on food aid for survival.

The report blamed the Houthis and militias trained and funded by the United Arab Emirates for the majority of the abuse. Forces loyal to the internationally recognized government were responsible for at least 65 cases of torture and over two dozen deaths in detention centers, the group said.

The report, titled, “In the Darkness”: Abusive Detention, Disappearance and Torture in Yemen’s Unofficial Prisons,” was based on 2,566 interviews with former detainees, witnesses, relatives of detainees, activists, and lawyers, along with medical reports and photographic evidence, the group said.

Yemeni officials on both sides of the conflict did not answer calls on Tuesday seeking comment.

The group said over two dozen people died and around 140 were tortured in Houthi detention centers. The rebels used the security and intelligence agency in Sanaa and residential buildings in the city of Taiz as secret prisons where detainees were beaten and endured several kinds of torture, including having their nails ripped out and electric shocks.

An investigation by The Associated Press in December 2018 showed that thousands of Yemenis were imprisoned by the Houthis, many suffering extreme torture such as being smashed in their faces with batons, being hung from chains by their wrists or genitals for weeks at a time, and scorched with acid.

In the southern port city of Aden, which is controlled by UAE-backed separatist militias, the rights group said the secessionist Southern Transitional Council used two underground halls and rooms at the counter-terrorism agency as a detention center. Its report documented at least 18 cases of torture and two deaths at this secret prison.

The AP also in 2018 revealed that hundreds of Yemenis swept up in anti-terror raids by Emirati-backed forces have been subjected to torture and sexual abuse aimed at brutalizing the detainees and extracting “confessions” as part of a US-backed anti-terror campaign.

Image: In this May 11, 2017 file photo, a former detainee covers his face for fear of being detained again, as he shows how he was kept in handcuffs and leg shackles while held in a secret prison at Riyan airport in the Yemeni city of Mukalla, in Aden, Yemen. On Tuesday, June 30, 2020, the Yemeni rights group, Mwatana Organization for Human Rights, accused both sides in the country’s civil war of arbitrary detentions, forced disappearances and torture of hundreds of people in the past four years in unofficial detention centers across war-torn Yemen. The organization says it documented over 1,600 cases of arbitrary detentions, 770 cases of forced disappearances, 344 cases of torture and at least 66 deaths in secret prisons run by the warring sides since April 2016. (AP Photo/Maad El Zikry, File)

UN aid chief: Yemen will fall off a cliff if no new funds