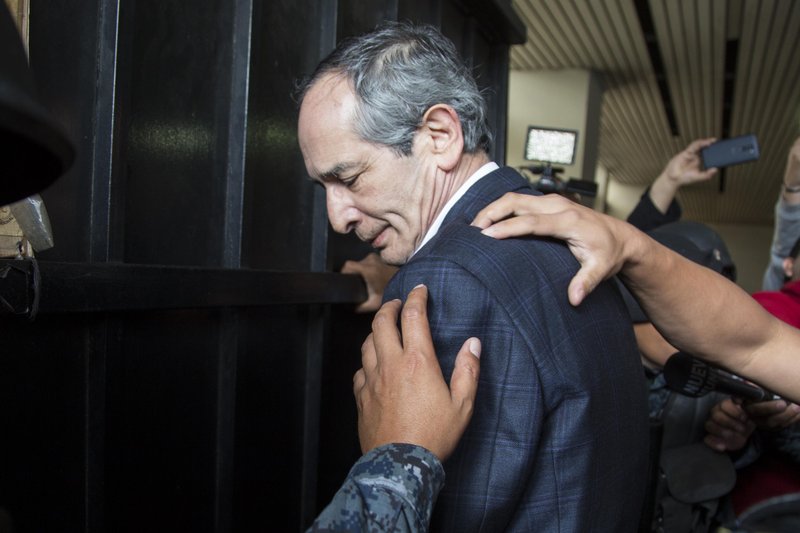 Prosecutors said Tuesday they have detained ex-President Alvaro Colom and nearly his entire former Cabinet, including the current chairman of Oxfam International, in a Guatemala corruption case involving a bus concession.

Colom, who governed in 2008-2012, is the latest in a series of former Guatemalan presidents to face legal problems. He was recently named by the Organization of American States as an envoy to Honduras in a bid to help sort out a highly disputed election there.

Colom said after appearing making a court appearance that as far as he knows, the concession was handled properly. He added that he hopes justice is done in the case.

The global nonprofit said in a statement that it did not know the nature of formal charges against Fuentes.

“However,” it said, “he has been entirely open with his Oxfam board and executive that he has been among former officials being investigated as part of a budgetary transaction made by the Guatemalan government while he was finance minister.”

“He has assured us that he has cooperated fully with the investigation in the confidence he did not knowingly transgress rules or procedures,” the group added.

The case centers on a public bus company known as Transurbano. The government auctioned off 25-year concessions for Guatemala City bus routes, and the private companies that won the contracts were later exempted from taxes.

Prosecutors say the process was deeply flawed and included subsidies and other measures that benefited public servants. The United Nations anti-corruption mission in Guatemala participated in the investigation.

Chief prosecutor Thelma Aldana said later Tuesday at a news conference that investigators suspect the government was defrauded out of $35 million.

A number of Guatemalan ex-presidents and other high-ranking officials have been swept in a series of corruption probes.

They include a customs fraud scandal that allegedly sent kickbacks to then-President Otto Perez Molina and Vice President Roxana Baldetti, leading both to resign in 2015. They have been jailed awaiting trial, but more than 100 defense filings have delayed the process.

Alfonso Portillo, Guatemala’s president in 2000-2004, was extradited to the United States and pleaded guilty to money laundering conspiracy in 2014. Portillo acknowledged taking $2.5 million in bribes from the government of Taiwan to continue Guatemala’s diplomatic recognition of Taipei.