As farmers took to the streets as part of the mobilization against the draft constitution, Mohamed Abdel Qader, chief of the Farmers Syndicate established in April 2011, announced that he was joining the oppositional National Salvation Front.

Farmers are stereotyped as revolt-averse; however, political developments over the past two years have put their political engagement on display.

Expressing their rejection of the Constitution while it was still in its draft phase, farmers were seen joining protests and raising banners at a time when several groups and sectors of society started expressing their objection to what was later approved as the nation’s new Constitution.

Egypt Independent had a conversation with Abdel Qader about how the Constitution falls short in recognizing the rights of farmers, half of the nation’s population.

Egypt Independent:Why do you oppose the Constitution if it allocates the same 50 percent quota to farmers and workers, which represents the biggest victory for farmers since the 1952 revolution?

Mohamed Abdel Qader:This article is tricky. It was added at the last minute, while members of the Constituent Assembly were voting on the final constitutional draft. Furthermore, it was added to the transitional articles chapter, which means that the 50 percent quota only applies to the coming Parliament, and will then be abrogated.

EI:How is this article tricky?

Abdel Qader:It is a trick in the sense that the majority of Constituent Assembly members did not approve it, and that it was [drafted] only at the last minute to serve certain political calculations. They feared that if that article was taken out, the Constitution would lose the support of labor and farmers when put to a nationwide referendum.

They incorporated it as a transitional article to mobilize farmers and workers’ support, comfortable in the knowledge that it would automatically expire. The new Constitution limits Shura Council membership to holders of university degrees, which means that illiterate people and holders of intermediate and lower degrees, including farmers, are excluded.

EI:Is this political maneuver the reason why you walked out of the Constituent Assembly?

Abdel Qader:I did not withdraw from it, I only froze my membership there for five days to protest the disregard of 16 demands related to farmers, which it was important to guarantee in the Constitution and which were ignored by everyone. Not a single political power or Constituent Assembly member has contacted me since I suspended my membership.

Abdel Qader:We wanted the Constitution to stipulate that farmers and their families had the right to direct health insurance without prior subscription, as is the case with government employees. Farmers are the only people who support the state for no return.

We wanted the Constitution to stipulate that the state should support farmers in the production of crops by supplying services, supporting their agricultural production, making required agricultural equipment available, and helping farmers promote their produce. Our most important demand was for the state to supply desert land to farmers, their children and holders of agricultural degrees, because this is their right to Egyptian land.

Nobody would be more keen on growing on Egyptian land that its own farmers.

EI:Were you the only representative of farmers on the Constituent Assembly?

Abdel Qader:Yes, I was the only representative of farmers on the assembly because I am the president of the first Farmers Syndicate in Egypt. This syndicate has 1.6 million members, even though it has been in existence for less than two years.

It is the chief representative of farmers. Farmers represent at least 40 percent of the population, because official estimates put the number of people who live in rural areas at 56 percent of the total population.

EI:How were the articles concerning farmers negotiated with you?

Abdel Qader:I negotiated directly with Hossam al-Gheriany, the head of the Constituent Assembly, to define “farmers” as “everyone who has no source of livelihood but agriculture.” I wanted farmers to get direct health insurance and to be given arid land to grow, but he emphatically rejected my demands.

EI:Did you mobilize members of the syndicate to vote against the new Constitution?

EI:Why did the syndicate not mobilize the farmers to reject the Constitution if the draft did not safeguard their rights?

Abdel Qader:The syndicate is not a guardian, and I repeat, we are not a political party, and farmers constitute a large bloc that permeates several sectors of the state. The majority of Egyptian army officers are the sons of farmers, be they volunteers, army conscripts or Central Security Forces conscripts.

All of those who die in illegal immigration accidents are sons of farmers — they all come from villages, and none of them are sons of employees or urban dwellers. This is another chance for me to emphasize that my decision to freeze my membership in the Constituent Assembly was not politically motivated. It only came in objection to the disregard of the legitimate rights of farmers in the draft constitution.

Abdel Qader:I joined the front to draw the attention of the president to the fact that this Constitution has ignored broad sectors of society. My decision to protest in Tahrir was a personal position that does not reflect the syndicate’s official position.

There were about 7,000 farmers in Tahrir [some weeks ago], all of whom acted on their own initiative. We want to express solidarity with the judges in their demand for independence and with journalists in their demand for the cancellation of imprisonment in publishing cases.

Abdel Qader: The battle for farmer rights is not over. We will use the transitional 50 percent quota article to have candidates in the coming Parliament and will ally with certain figures to form a parliamentary bloc of farmers to present our demands for amending the Constitution to uphold farmer rights.

EI:But the new Constitution gives the government the right to dissolve syndicates if a judicial ruling is issued to that end.

Abdel Qader:This is not a problem. Farmers will continue to demand their rights until they get them. If the syndicate is dissolved after the new Constitution is endorsed, we will establish an association, civil society organization or any other organizational structure to bring together the 1.6 million members and others to defend the rights of farmers because we have no other option. 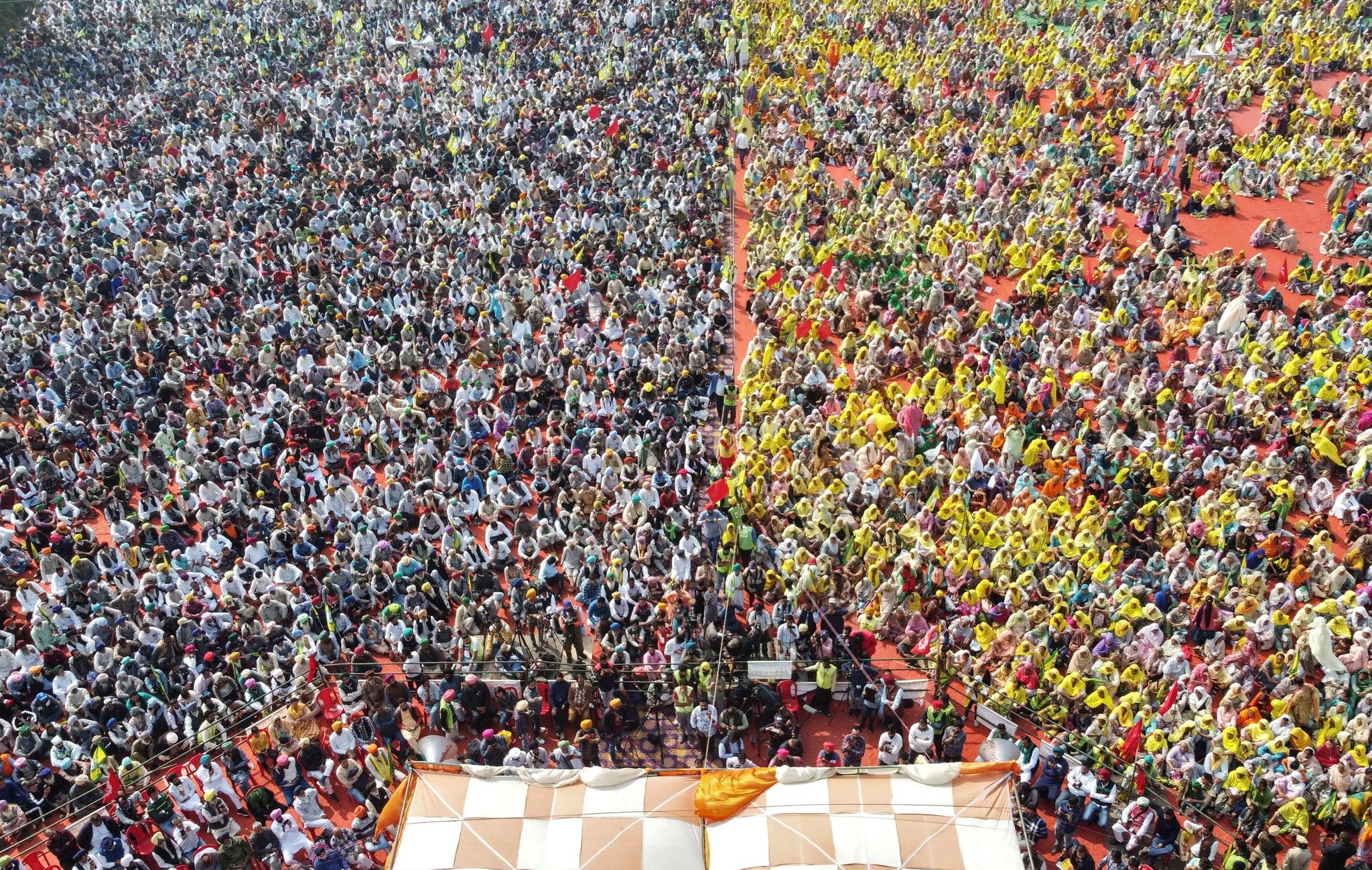 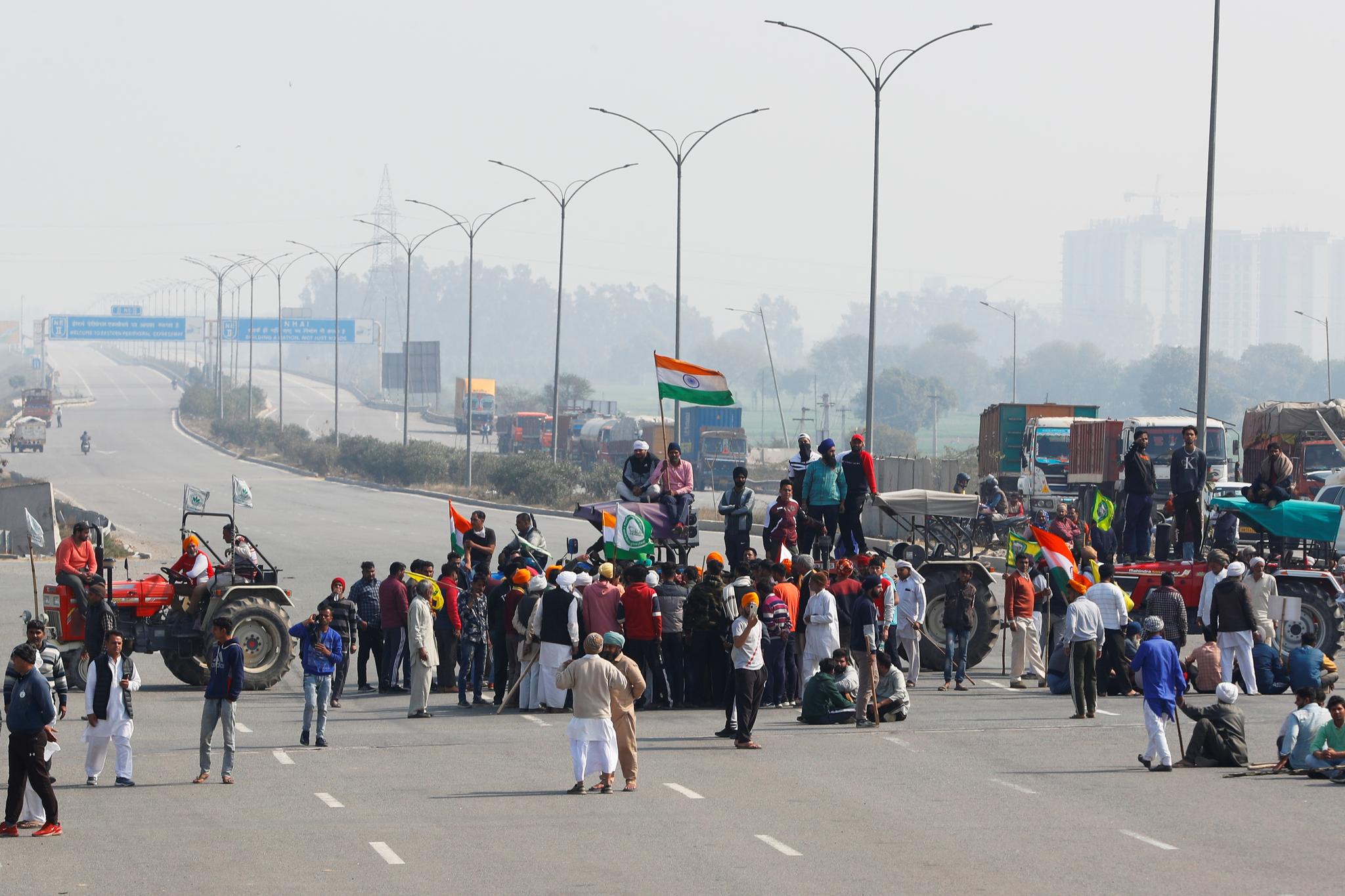