The fight against the deadly Middle East Respiratory Syndrome (MERS), which has killed at least 722 people over the past five years, is honing in on its target: camels.

MERS coronavirus (MERS-CoV), a member of a virus family ranging from the common cold to Severe Acute Respiratory Syndrome, appears to have emerged in humans in Saudi Arabia in 2012, but has now been traced back in camels to at least 1983.

Almost all the outbreaks so far originated in the Arabian Gulf, but MERS-CoV could infect humans wherever there are one-humped dromedary camels – two-humped bactrians are not affected.

That means people across a swathe of Africa, the Middle East, Pakistan and South Asia are potentially at risk. So the hunt is on for vaccinations – both for humans, and camels.

“The virus is in camels everywhere. The virus is in Qatar, it’s in United Arab Emirates, it’s wherever we look,” said Maria Van Kerkhove, a disease outbreak expert at the World Health Organization (WHO), where 130 experts gathered last week to collaborate for the first time on tackling the disease.

“I know so much more about camels than I ever thought I would,” she said.

People have probably caught MERS in Africa but the absence of outbreaks recorded there may be due to poor disease surveillance, less contact with camels, or lower rates of underlying conditions like obesity and heart problems that make MERS more severe.

Saudi Arabia has been heavily criticized for not being transparent about MERS, but Van Kerkhove said that had totally changed. It is now testing 70,000 human samples a year and generating a vast amount of research.

MERS is hard to spot, and far more deadly than other acute respiratory infections, killing one in three sufferers.

It has a habit of infiltrating Saudi hospitals via patients visiting for regular dialysis or cardiac appointments, causing outbreaks that have killed patients and health workers alike.

Hospitals are raising their game.

“One hospital even has a drive-thru. Literally a drive-thru in their emergency department,” said Van Kerkhove, explaining how patients are vetted before being allowed in.

“You drive up in the car to the person in the booth and they ask you three questions. It takes less than 13 seconds.”

A dozen human vaccines are in development, with vaccine coalition CEPI expected to announce soon which it will fund.

But the key to stopping human deaths is controlling MERS in camels. Two camel vaccines have been developed, but only one, developed by the Jenner Institute, is in field trials.

The other, developed at the Erasmus Medical Centre, is still seeking funding. The WHO MERS program is also under-funded, Van Kerkhove said.

At last week’s meeting, hosted by the WHO, animal health body OIE and the U.N. Food and Agriculture Organization, Saudi and Qatari experts were “happy to talk to each other” despite their governments’ diplomatic friction, she said.

Collaboration is vital, because camels must be diagnosed, quarantined and vaccinated as they enter the Gulf from the Horn of Africa. The virus must be tracked like bird flu is in birds, Van Kerkhove said.

But there is a long road ahead. 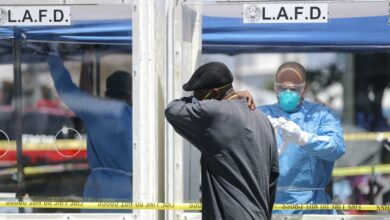 BA.5 is causing more Covid-19 reinfections, data suggests, but they don’t appear to be more frequent 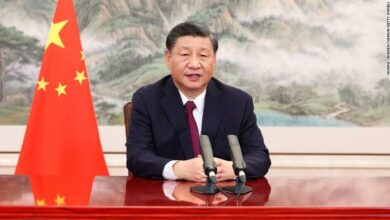 China says Xi Jinping and other leaders have been given domestic Covid-19 vaccines, amid public concern over safety With a sniff or a swallow, new vaccines aim to put the brakes on Covid-19 spread