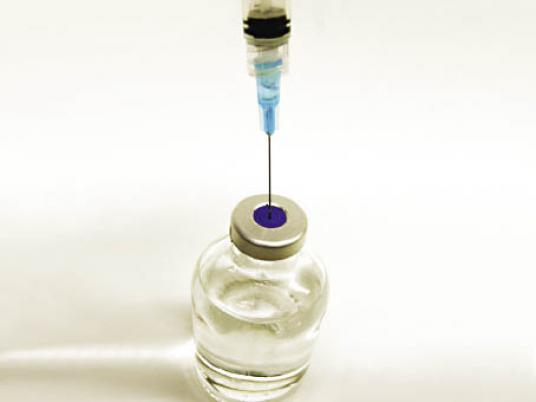 virus in the sewers of Cairo's Hagana district.

The ministry is responding by vaccinating children in the district, and plans to launch a nationwide vaccination campaign next.

“We have vaccinated 150,000 children in the area,” said Abdel Ati Alim, undersecretary for preventive medicine, adding that the ministry would vaccinate 3 million children starting in March in Shubra, Khanka, Kerdasa and the outskirts of Cairo and Giza. The campaign would then go countrywide to vaccinate 12 million more children.

Alim explained that the virus is endemic in Pakistan, Afghanistan and Nigeria. “It could have been carried by someone coming from those countries,” he said.

“We analyze 36 sewer samples from various governorates every month,” he pointed out, adding that the virus hits unvaccinated children and children with weakened immune systems. “Symptoms start with contracting a cold.”

The World Health Organization had declared Egypt polio-free in 2006, and free of the virus causing polio since 2004.

Two sewage samples from Cairo were analyzed and found to resemble a recently discovered strain in the Pakistani city of Sukkur, said a joint statement by health officials, the World Health Organization (WHO) and UNICEF issued on 21 January.