The event was not political in nature, but rather intended to honor the life work of a man who has both awed and inspired subsequent generations of Egyptian writers and journalists.

"It’s an important event, not because of what he writes, but because of what he is–a man his age still determined to write and practice journalism," said Rashwan. "People of different backgrounds aren’t here to endorse his politics, but to recognize him as a serious writer."

Love him or hate him, Heikal–one of the most prolific writers of his age–has carved out a place for himself in Egypt’s modern political history. A close associate and confidante of late President Gamal Abdel Nasser–and, later on, an advisor to President Anwar Sadat–Heikal was never far from the action. Although the circumstances of his subsequent falling out with Sadat remain shrouded in mystery and speculation, the affair served to earn him the respect of many critics of the regime.

For more than five decades, Heikal served as political commentator and chairman of the state-run Al-Ahram Foundation, during which he chronicled the contemporary history of Egypt and the region–especially during times of conflict and political turmoil. He has brought his considerable expertise to bear on a host of subjects, including the Arab-Israeli conflict, political Islam, Egyptian foreign relations.

"It often surprises me how people who weren’t born at the height of Heikal’s association with Nasser–and who probably haven’t read him–huddle around him like they do. It’s like he’s a movie star," Shukrallah told Al-Masry Al-Youm. He went on to describe Heikal as a trans-generational "voice of reason amid the chaos."

What makes Heikal unique, added Shukrallah, is "the degree by which he scares the powers-that-be in this country," pointing out how the state often mobilized "the entire propaganda machine to attack him"–proof, in Shukrallah’s view, of how intimidating Heikal can be to Egyptian halls of power.

Heikal’s stinging political criticisms have also extended into the current regime of President Hosni Mubarak, which has made the journalist extraordinaire deeply unpopular among certain quarters of the government.

After making a comeback to televised political commentary in 2004, Heikal has since become a regular talking head on satellite news channel Al-Jazeera. Before that, he hosted a short-lived political program on Dream TV, which aired once every three months. Despite the fact that it often featured major revelations about government and security matters–or perhaps because of it–the program was soon taken off the air.

Heikal is also the founder of the Heikal Foundation for Arab Journalism. In 2007, the foundation launched a training program in investigative journalism by inviting feted American journalist Seymour Hersh to speak to up-and-coming Egyptian reporters. The foundation continues to invite writers and journalists from around the world to lecture on topics such as journalistic ethics and the perils of censorship. The non-profit institution also offers fellowships to promising young local reporters.

The publication of his complete works is a tribute to how Heikal himself would most like to be remembered: not as analyst, commentator or political insider, but–first and foremost–as a journalist.

The box-set is available for purchase at Al-Shorouq bookstores at a retail price of LE2,000. 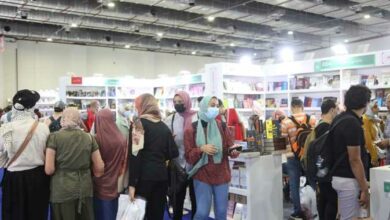