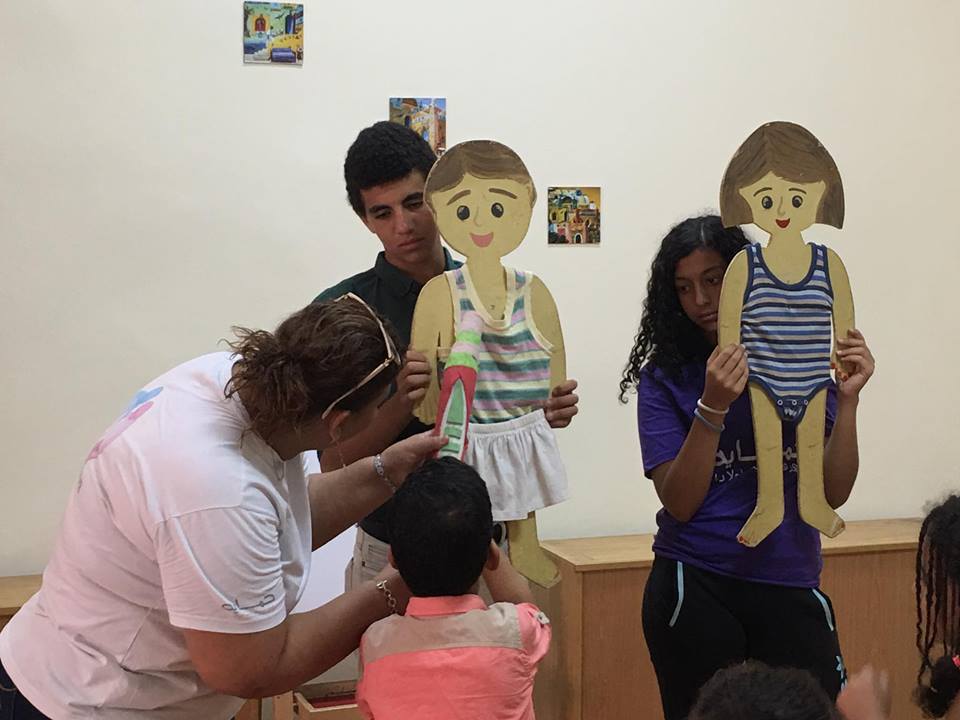 Sex is a taboo topic in Egypt. The prevailing societal belief is that sheltering children from the topic for as long as possible equates to protecting them. However, an emerging organization, Hemayaa

(Protection) aspires to challenge this societal misconception by providing safe sex education for children through songs, games, and acting.

Eman Ezzat, founder of Hemayaa, heard about a lot of incidents of sexual abuse against children, and this was a turning point.

“I used to visit a lot of children’s homes and poor children. And I used to see the terrible conditions under which they lived, so I decided to take action,” she said.

Ezzat then decided to team up with a Danish institute, Mesarpac, and conducted a study demonstrating that sexual abuse can come from relatives in a shocking number of cases.

“During my study,” Ezzat went on, “cases as old as 25 years old approached me, saying they were sexually abused as children but didn’t recognize it until later on in their lives.”

Ezzat began giving sexual education sessions in private schools. However, an incident suddenly put Ezzat’s course on an expedited track; a post came up on Facebook by a mother of a girl who attended one of Ezzat’s sessions. She thanked her for saving her daughter as it turns out, the girl was being sexually abused by her swimming coach, and after Ezzat’s session, she came forward and told her mother about it.

This was the moment Ezzat decided to take her efforts to a new level and form her own specialized organization providing age-appropriate sex education.

Hemaya aims to teach children about sex in a safe way that is compatible with their age. “Since our beginning in 2012, we have reached 75,000 children,” Ezzat said.

A survey conducted by the UNICEF in 2015 found that only 49 percent of children who lived in Cairo knew what to do when exposed to sexual abuse. As for Alexandria, only 44 percent knew what to do.

The three mains lessons the organization teaches children are: “no one is allowed to touch their private parts except their mother and a doctor, only if they feel pain, and if their mother is present during the examination,” Ezzat said. 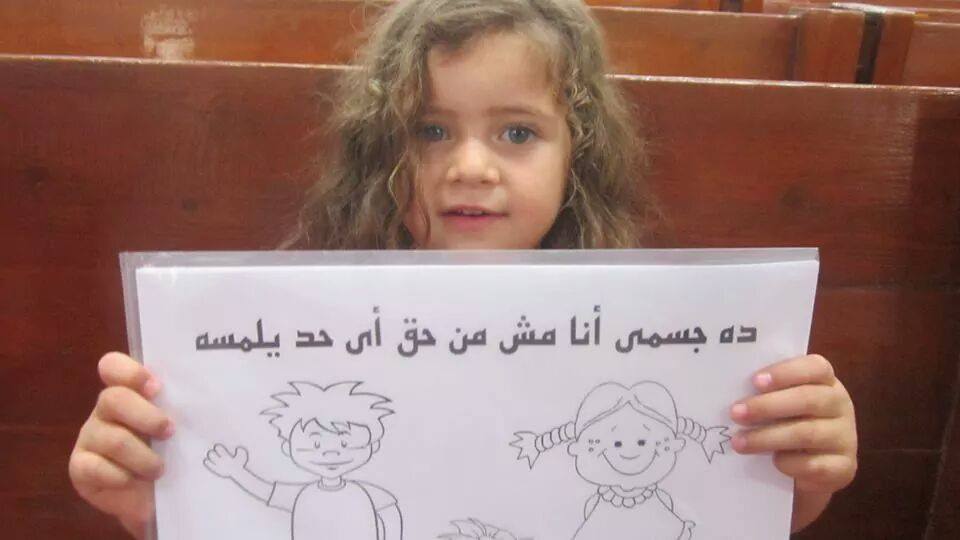 A little girl holds a paper reading, “This is my body, no one has the right to touch it.”

“Our second lesson to a child is very important, that they have the right to say no to whatever doesn’t feel right to them. Finally, we teach them the steps they should take if an abusive situation arises,” She added.

She Fences: On gender inequality in fencing in Egypt

However, with the taboos around sex education especially for children, Egypt Independent spoke to the mothers to have decided to break it and send their children to Hemayaa.

Adrian Fahmy heard about Hemayaa when they delivered a lesson at her daughter’s school, however, she didn’t stop at that.

“When I heard about the session they gave my daughter at school, I thought hearing it once wasn’t enough for her. So I began taking my daughter to all the sessions,” Fahmy said.

“It’s important to remind children to protect themselves, especially that my daughter loves going there. They teach the kids through sketching and singing and my daughter loves singing, so I take her a lot because she enjoys it and because its important.” 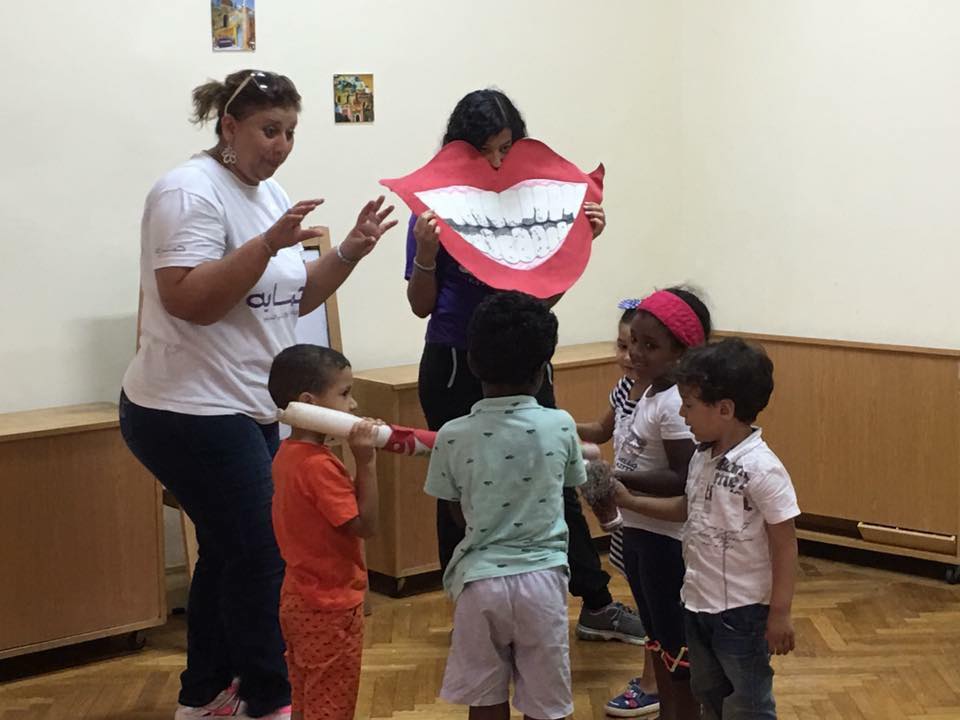 One of Hemayaa’s workshops to raise sex education awareness for children.

Another mother named Mariam Hanna decided to take her commitment to another level, “When I saw Hemayaa give a session, I made an agreement with them to come give sessions at the school I work in.”

“I think it’s very important to have organizations like Hemayaa,” she continued, “as it sends its message in a nice way like a song. For us mothers, it is not easy for us to speak about this topic with our children.”

Despite communication difficulties with children on the topic, she thinks it is still very important to teach to children about sex, “I think it’s necessary, because even if the child isn’t a victim of abuse, children themselves sometimes do inappropriate things together because they don’t know it’s wrong,” Hanna said.

Hemayaa and other organizations such as SAFE, represent a shift in Egyptian culture, where generally speaking about sex is a taboo, and teaching about it to children is almost a sin. “Sex education in Egypt is terrible. Even some mothers feel ashamed to speak to their kids about the topic,” says Fahmy.

However, Hanna remains optimistic, “I believe the situation has improved.”

Will Egypt ever reach a point where sex education becomes accepted by society? Hemayaa might be the start, but we still have a long way to go, and the rest is up to us.

64% of men admit to harassing women in Egypt's streets: report