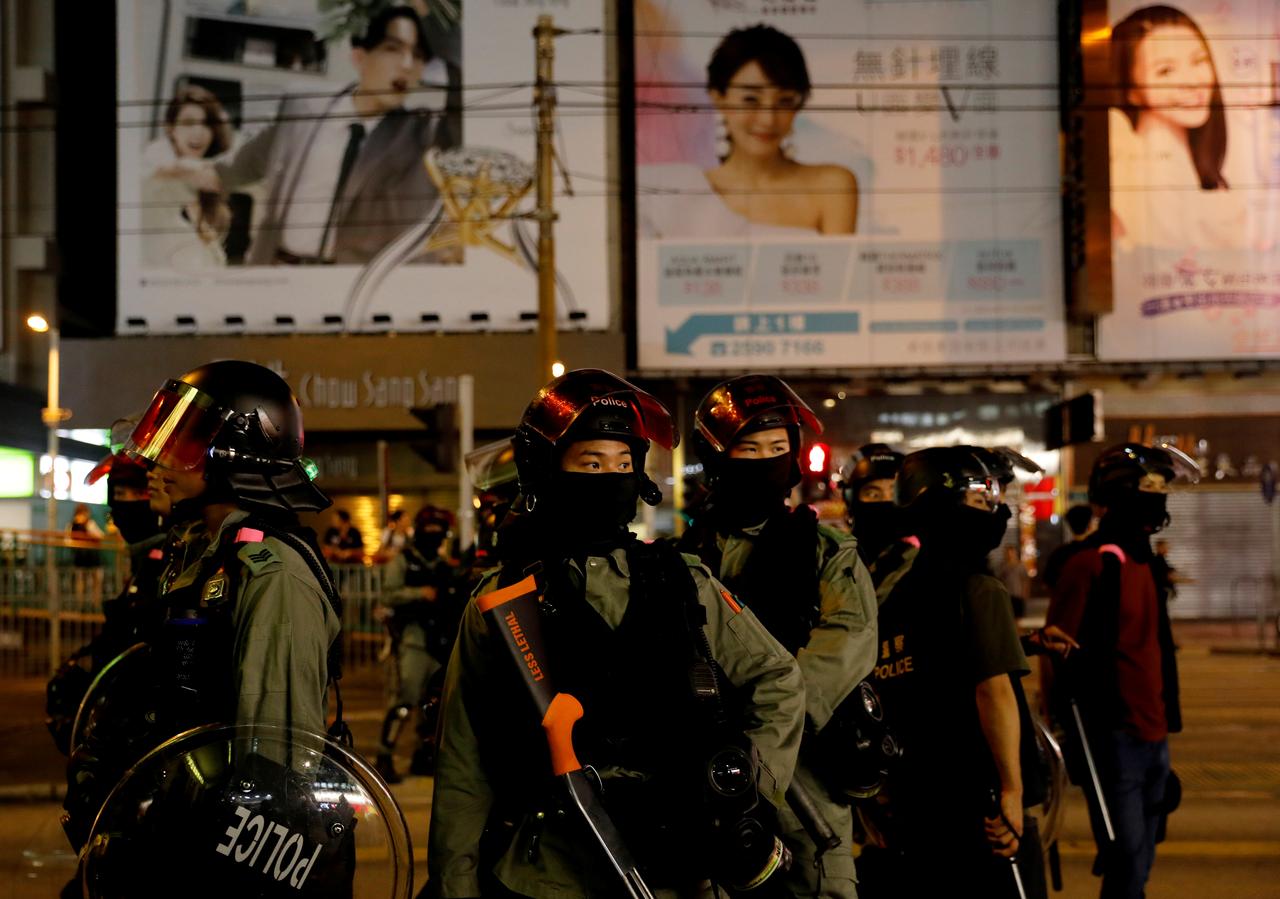 Massive and violent anti-government protests over the past five months have shaken Hong Kong’s reputation as an Asian financial center and damaged its all important tourism and retail sectors, with many businesses forced to close.

“Since the economic situation is worsening quite fast, we rolled out this package to target certain sectors which are hard hit,” Chan told a news conference.

The move follows a HK$19.1 billion ($2.4 billion) package in August to support the underprivileged and businesses, and Chan said more assistance would be given if needed. The support measures would ultimately increase the “probability of a fiscal deficit”, but the government’s finances were strong, he said.

A government colleague said the best medicine for the economy would be fewer, less violent protests.

“If society could come to harmony, with less demonstrations, and perhaps the stoppage of violence, that would help even more than what we can offer,” Secretary for Transport and Housing Frank Chan told the news conference.

As yet, there seems no end in sight to the pro-democracy protests, or the violent ways of hardcore activists who have fought with police, throwing petrol bombs and bricks.

After a few weeks of relative calm, a massive march on Sunday by tens of thousands of protesters, ranging from young students to the elderly, descended in chaos with riot police and black-clad protesters staging running clashes into the night.

The unrest was sparked by concerns Beijing was tightening its grip on Hong Kong and has developed into worst political crisis since Britain handed the city back to China in 1997.

It also poses the biggest popular challenge to China’s President Xi Jinping since he came to power. Xi has warned he would crush any attempt to split China.

China has rejected charges it is eroding Hong Kong’s freedoms under a “one country, two systems” rule which allows the city ‘s residents more freedoms than on the mainland.

Beijing says nations, like Britain and the United States, are inciting the unrest.

During the clashes the past few months, police have fired more than 3,000 rounds of tear gas and hundreds of rubber bullets against protesters throwing petrol bombs and bricks. Police said protesters detonated a small home made bomb, but no one was hurt.

The Hong Kong government will have a chance on Wednesday to formally withdraw a China extradition bill, one of the protesters five demands, when it receives a second reading in the Legislative Council.

Chief Executive Carrie Lam had reluctantly agreed to pull the bill two-and-a-half months after protests erupted in June, but it has still to be formally withdrawn.

An earlier opportunity was lost last Wednesday when heckling pro-democracy lawmakers forced the suspension of the parliament.

If the bill was passed into law, residents could extradited to Communist Party-controlled courts in mainland China, and it was seen as the latest attempt by Beijing to tighten its grip on Hong Kong, which enjoys an independent judiciary.

Even if the government does withdraw it, the move is not expected to end the unrest which has widened into a pro-democracy movement fueled by grievances such as social inequality and claims of police brutality.

Protesters are now also demanding universal suffrage, an independent inquiry into police actions, an amnesty for those arrested in protests, and an end to labeling protesters as rioters. Rioting carries a maximum 10-year jail term.

Lam has rejected those four demands, steadfastly defending police actions and calling for protesters to stop the violence.

She has further infuriated protesters by invoking a colonial-era emergency law banning face masks at pubic rallies. Protesters and residents have been defying the ban, despite the risk of a maximum one-year jail term.

Image: Riot police stand in position to disperse pro-democracy demonstrators gathering to commemorate the three-month anniversary of an assault by more than 100 men on protesters, commuters and journalists, in Hong Kong, China, October 21, 2019. REUTERS/Kim Kyung-Hoon