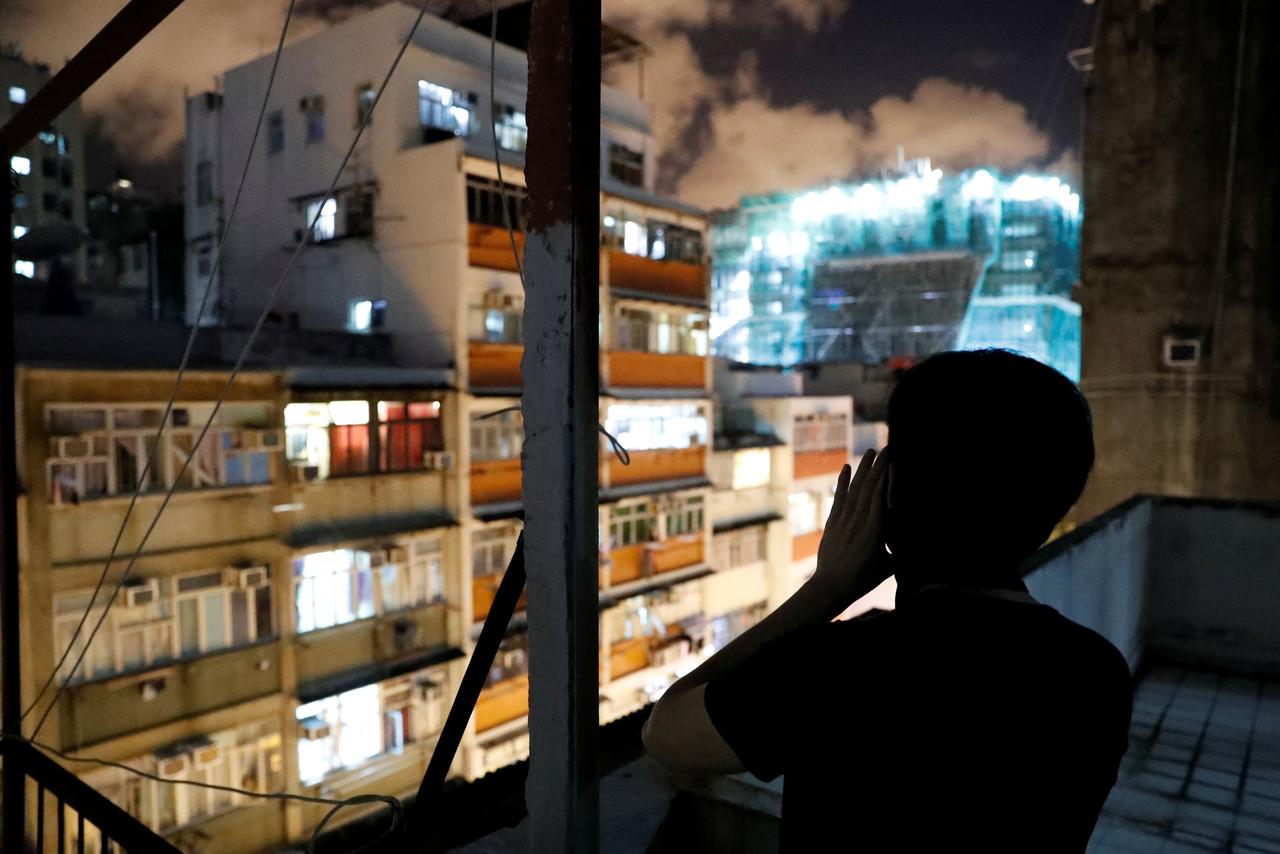 HONG KONG (Reuters) – Every night at 10 pm. Hong Kong neighborhoods and university dorms echo with pro-democracy and anti-government chants, the latest form of protest in the Chinese-ruled city where a civil disobedience movement has been going on for more than 12 weeks.

What started as a protest against a now-suspended bill that would have allowed criminal suspects to be extradited to mainland China for trial, has evolved into a broad, increasingly violent, and creative, struggle for greater democracy.

Over the past week, residents were seen out on their balconies or opening their windows to shout “Liberate Hong Kong, Revolution of our times”, “Ga Yao!” – a Cantonese expression of encouragement often translated as “Add oil” – or simply vent expletives toward police and the government.

The shouting, heard across the territory, is often interactive – one person starts and a chorus of others soon respond.

“Some people may think it’s naive,” said Torres Fong, 22, a Hong Kong Baptist University student who joins the shouting from his dorm room every night.

“I think its value is far higher. It shows how Hong Kongers are united in this movement and how the spirit is spread across every district.”

“We all live in a tense political atmosphere. Shouting is a way to let out steam and keeps us focused on our core demands.”

The protesters’ cries draw on a long tradition, albeit in uniquely Hong Kong style owing to its densely populated residential districts packed with dozens of tall blocks of tiny apartments.

During the 1979 Iranian Revolution, residents of Tehran defied curfews to shout “Allahu akbar” (God is Greatest) from their rooftops – a gesture echoed in the city during 2009 protests against the re-election of Iran’s then-president Mahmoud Ahmadinejad.

Through the summer of 2013, and during protests since, Istanbul residents also raised a clamor by leaning from windows and banging pots and pans in support of demonstrations against Turkish leader Tayyip Erdogan.

Less revolutionary, though sometimes political, the “Flogsta scream”, named after a neighborhood in Uppsala, Sweden, is a long-known way for students there to vent out the window to deal with the stresses of university life.

It also occurs daily at 10 pm.

“It’s very touching,” said Alice Lo, a 24-year-old web designer who lives with her mother in the Hang Hau neighborhood.

“I’ve lived here for two years and never had time to meet my neighbors. I’m glad to know they are proud Hong Kongers who want freedom and democracy. It shows we’re united.”