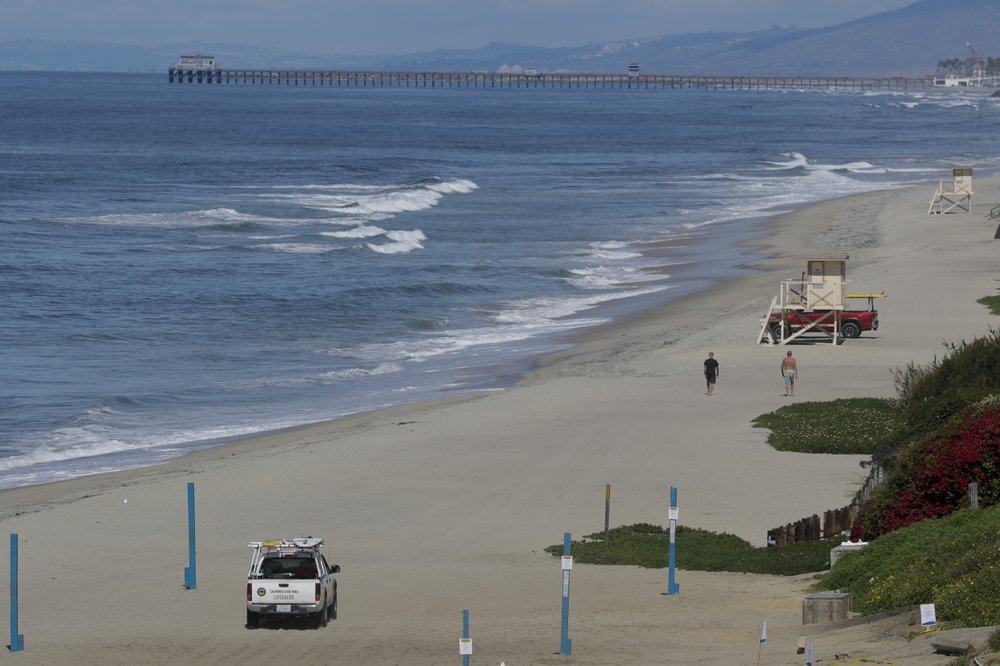 The promise of an effective treatment against the coronavirus — an experimental drug that can speed the recovery of COVID-19 patients — raised hopes Thursday for faster progress in battling the pandemic and restoring wrecked economies and livelihoods.

The US government and others say they are working to make the medication available to patients as quickly as possible. News of the major medical advance lifted world markets, outshining gloomy data showing the US economy contracted nearly five percent in January-March in the worst downturn since the Great Recession.

California-based biotech company Gilead Sciences and the US government reported in a major study run by the US National Institutes of Health that the drug remdesivir shortened the time it takes for COVID-19 patients to recover by four days on average — from 15 days to 11.

The study, involving 1,063 coronavirus patients around the world, also showed a trend toward fewer deaths among those on the drug, said Dr. Anthony Fauci, the government’s top infectious-disease expert.

“What it has proven is that a drug can block this virus,” he said. “This will be the standard of care.”

With a vaccine perhaps a year or more away, experts say an effective treatment could have a profound effect on the outbreak. Stocks surged around the world on the news, with the Dow Jones Industrial Average gaining more than 530 points on Wednesday, or over two percent.

The virus has killed over 220,000 people worldwide, including more than 60,000 confirmed deaths in the US, and led to lockdowns and other restrictions that have closed factories and other businesses around the globe.

Confirmed infections globally have reached about 3.2 million, including one million in the US, according to a tally by Johns Hopkins University. The true numbers of deaths and infections is likely much higher because of limited testing, differences in counting the dead and concealment by some governments.

The US said its gross domestic product, or output of goods and services, shrank at an annual rate of 4.8 percent in the January-March period, the sharpest quarterly drop since the global financial meltdown of more than a decade ago. That was before major shutdowns in many places.

And the worst is yet to come: The Congressional Budget Office has estimated the economy will shrink at a 40 percent annual rate in this quarter.

The latest figures on Americans applying for unemployment benefits come out Thursday, with economists estimating perhaps one in six workers, or nearly 30 million people, have lost their jobs over the past six weeks.

Mario Franco, who worked at a McDonald’s at a rest stop along Interstate 95 in Darien, Connecticut, for 26 years, rising to night manager in charge of the kitchen staff, was laid off in late March. The 50-year-old said he has little savings and now relies on a food bank and union donations.

“They didn’t give us any notice,” he said through an interpreter. “They didn’t tell us about it. Just suddenly the night shift ended and that was it. There was no more work.”

The US unemployment rate for April is due late next week, and economists have said it could range as high as 20 percent — a level last seen during the Depression.

Worldwide, the International Labor Organization, the UN labor body, forecast the pandemic has left 1.6 billion people depending on day labor, gig jobs and other informal work in immediate danger of losing their livelihoods. That is nearly half the global workforce of 3.3 billion.

It expects the equivalent of 305 million full-time jobs to be wiped out in April-June.

Moves toward reopening economies are progressing in fits and starts as the daily reports of new cases in some countries dip into the single digits. China and South Korea, early epicenters of outbreaks, both reported only four new cases on Thursday. The tiny island of the Maldives reported its first death.

Pushing to reopen the country, President Donald Trump was allowing federal social distancing guidelines to expire Thursday and even saying he plans to travel to Arizona next week.

Trump has laid out plans for returning to pre-virus normalcy despite doctors’ warnings that the country needs to embrace extended social distancing and mask-wearing. The US virus death toll surpassed his forecast for 60,000 on Wednesday.

Authorities in some areas are opting for greater caution.

A memo sent to California police chiefs says Gov. Gavin Newsom will order all beaches and state parks closed starting Friday to curb the spread of the coronavirus. Nevada’s governor, Steve Sisolak, said he was extending his directive asking people to stay at home until May 15 but easing restrictions on some outdoor activities and some businesses starting Friday.

China reported that its factory activity weakened in April as outbreaks clobbered global consumer demand, hindering efforts to revive the world’s second-largest economy. Surveys by a Chinese magazine and an official industry group showed activity slipped back after rebounding in March following the closure of much of China’s economy to fight the virus.

In Europe, almost every measure of the economy is in free fall. Figures due to be released Thursday are expected to show a drop of about four percent in the first three months of the year in the eurozone. An even steeper hit is projected for this quarter, and unemployment is expected to rise to about eight percent.

The figure would be worse if not for massive amounts of government aid to keep millions of workers on payrolls. Government debt is exploding to cover the costs of such relief.

Many economists are skeptical the US economy will bounce back quickly later in the year, noting that the virus could flare up again or consumers and employees might be too worried to return to business as usual.

“The virus has done a lot of damage to the economy, and there is just so much uncertainty now,” said Mark Zandi, chief economist at Moody’s Analytics.

Image: In this March 25, 2020, file photo, lifeguards patrol a closed section of the beach in Carlsbad, California. A memo sent to California police chiefs says Gov. Gavin Newsom will order all beaches and state parks closed starting Friday, May 1, to curb the spread of the coronavirus. The California Police Chiefs Association sent the bulletin to its members Wednesday evening. Association President Eric Nuñez said it was sent to give chiefs time to plan ahead of Newsom’s expected announcement Thursday. (AP Photo/Chris Carlson, File)