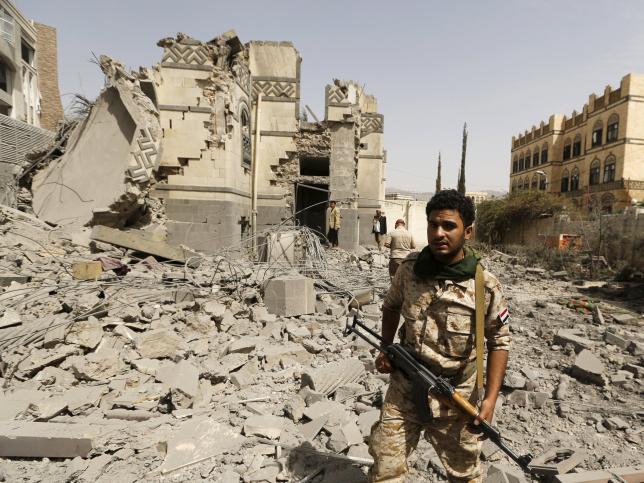 A senior U.S. diplomat has presented a proposal for a comprehensive ceasefire in Yemen to the country's dominant Houthis at a meeting in Oman, a member of the Houthi negotiating team said on Thursday.

Negotiators will return to Houthi-controlled Sanaa on Friday carrying the plan offered by U.S. Undersecretary of State for Political Affairs Thomas Shannon in talks in Muscat, he said.

Shannon met the Houthi team, officials of the allied General People's Congress (GPC) party and an Omani mediator in Muscat on Sept. 8 and 9 to discuss how to end a war that has killed over 10,000 people and displaced more than 3 million.

In Washington, U.S. officials said the plan was an "extension of the efforts Secretary (of State John) Kerry initiated in Jeddah."

The Houthi negotiating team member did not disclose details of the proposal. Kerry said in Saudi Arabia on Aug. 25 he had agreed in talks with Gulf Arab states and the United Nations on a plan to restart peace talks on Yemen with a goal of forming a unity government.

Peace talks foundered after the Houthis and the GPC announced the formation of a 10-member governing council on Aug 6., ignoring a U.N. warning that such a move would violate Security Council resolutions on how to solve the conflict.

The Houthi negotiating team has been in Oman since the collapse of the peace talks, after Saudi authorities in control of Yemen's airspace refused to grant the Houthi team access to Sanaa, the Houthi source added.

Saudi authorities have now agreed to allow the negotiating team to return to Yemen in a U.N. airplane, he said.

In a statement on the Kerry proposal on Thursday, the governing council reiterated that its willingness to restart peace talks depended on implementation of a full ceasefire, including the lifting of the no-fly zone and siege imposed by the Saudi-led coalition.

Forces allied to the Houthis attacked across the border into Saudi Arabia's southern Jizan province on Thursday, with both sides claiming victory and giving conflicting casualty tolls.

In the Yemeni capital, Sanaa, a Houthi official said the clash resulted in the Houthi capture of the mountain as well as a place called Al Romaih. The commander of a Saudi rapid intervention force was killed in the fighting, he added.