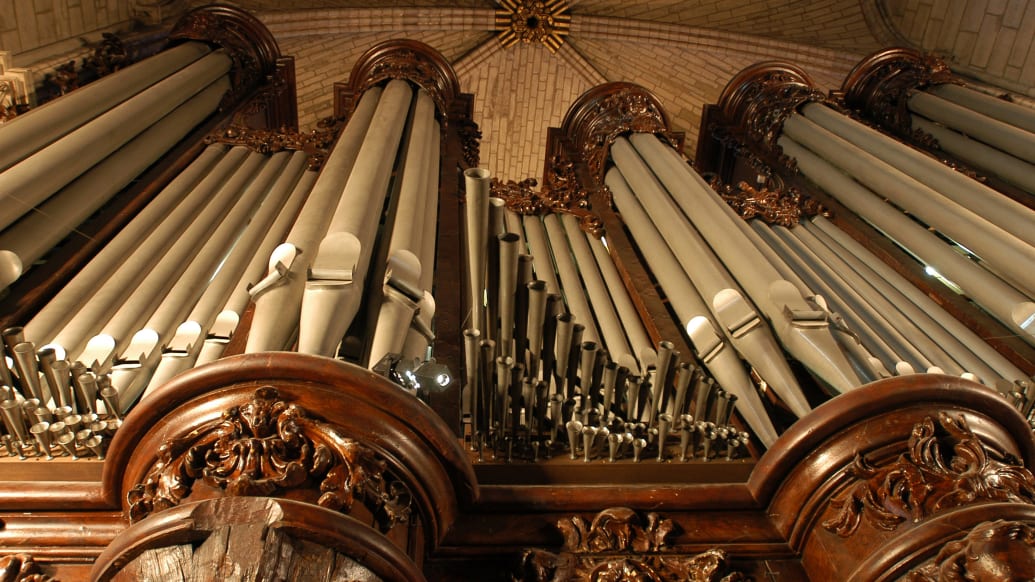 Jean-Marc Fournier didn’t have much time. As flames ripped through Notre Dame cathedral’s medieval roof on Monday evening, the Paris fire brigade chaplain had a single mission — to rescue two of its most sacred relics.

The problem was that the Crown of Thorns, revered as having been worn by Jesus Christ during his crucifixion, and the tabernacle, containing the Eucharist or holy sacrament, were locked inside a safe in the church’s treasury that no one knew how to open.

Finally, as the flames high above crept closer to Notre Dame’s famous spire, a church officer appeared with the crypt key, and the chaplain and firefighters rushed in.

Inside, red-hot embers and debris drifted down from the vast rib-vaulted ceiling. Fournier watched as a team of firefighters broke open the safe and extracted the crown. Made of rushes bound by gold threads, it has been encased in a crystal tube since 1896.

The chaplain joined a human chain of firefighters, emergency workers and antiquities experts to pass the crown and other irreplaceable treasures out of the burning church and into safety. Their efforts in those first few hours would save hundreds of years of art, history and heritage that Fournier said “belongs to humanity and the world at large.”

Toiling through the night

As luck would have it, several people with deep knowledge of the contents of the church were already on site when Monday’s fire broke out. Notre Dame was undergoing a planned restoration, and Didier Durand was working on repairing the cathedral’s flying buttresses when the first alarm went off.

As the flames ate their way through the cathedral’s roof, Durand toiled through the night with other specialists to evacuate artifacts and statues.

“There were 20 of us who packed all these artworks, protecting them, making an inventory,” Durand, the chairman of stoneworks company Pierrenoel, told CNN.

Marie-Helene Didier, a conservator who has been overseeing the restoration, was also there, noting down a precise account of all the works before packing them into trucks to “preserve them as much as possible,” Durand said.

Among the items salvaged was the tunic of St. Louis, believed to have been worn by King Louis IX in the 13th century, and ornaments from the altar used for the coronation of Napoleon in 1804, among many other invaluable artworks and relics.

The trio of rose windows that date back to the 13th century and the original Great Organ — one of the world’s most famous musical instruments — also survived.

The significance of the religious objects recovered from the fire cannot be overstated, said Celine Coulangeon, a professor of art history at Catholic University of Paris.

“The relics are some of the only ones remaining from the passion of Christ,” Coulangeon told CNN, adding that they were purchased by Louis IX for a cost equivalent to half of the state’s annual budget.

“During his reign, there was a cult of the relic,” and the artifacts were seen as a way to “get closer to God,” she said.

In the immediate aftermath of the blaze, some of the most precious works of art and treasures from the Notre Dame were held under security at Paris city hall, according to the Élysée Palace. By Thursday, the ministry of culture had repatriated that artwork to the Louvre Museum, which will receive more pieces and paintings in the coming days.

Culture minister Franck Riester said that the “risk of collapse” had prevented the removal of some of the cathedral’s paintings, but that if the all-clear was given, they would be taken out on Friday.

While the evacuation of Notre Dame was a great success, the full extent of the water and smoke damage to the church — and to what was inside — may not be known for some time.

The paintings still inside “contain dust, they have had smoke, they are there in the humidity. So we have to remove them quickly,” Riester said Thursday.

CNN has contacted the Louvre about the condition of the art it received, but the museum has refused to comment.

An emblem of France’

On Tuesday, Didier was working alongside other restorers when Notre Dame’s precious rooster, which contains three holy relics and was perched atop the cathedral’s 19th-century spire before it collapsed, was discovered intact among the debris.

“We’re going to operate on the rooster to check that the relics are still inside, and we will restore it, because it is an emblem … an emblem of France,” Didier said.

Sixteen copper statues representing the twelve apostles and four evangelists were spared from the blaze entirely. The monuments had descended like eerie angels by crane from the cathedral last week, so that refurbishments could be made to the since-destroyed spire.

Socra, one of the companies involved in the refurbishment, confirmed to CNN that the statues were in one of their workshops at the time of the blaze.

Reflecting on the effort to restore Notre Dame and its statues, a Socra technician told the New Yorker: “In wanting to give her a second youth, we have perhaps destroyed her.”

Many months and possibly hundreds of millions of dollars’ worth of refurbishments now await.

In the wake of the disaster, President Emmanuel Macron suggested that a unique opportunity had presented itself: to train a whole new generation of French craftspeople and hold a competition that might inspire a contemporary take on one of Paris’ most beloved and oldest landmarks.

“Throughout our history, we have built towns, ports, churches, many have been burnt or were destroyed by wars, revolutions, mankind’s mistakes, each time we have rebuilt them,” Macron said in an address to the nation on Tuesday.

“The fire of Notre Dame reminds us that our story never ends. And that we will always have challenges to overcome. What we believe to be indestructible can also be touched.”

Top image: A photo of the famous organ of Notre Dame Cathedral in Paris taken on February 1, 2004.

A look at what was saved, what was lost in Notre Dame fire