Abu Dhabi, UAE (CNN)The West has shown unprecedented coordination and unity in its response to Russia’s invasion of Ukraine. Governments, corporations and individuals have come together to sanction and boycott Moscow, and Europe has opened its doors to a flood of refugees.

Amid this outpouring of empathy, however, stark contrasts have arisen in the way Europe has dealt with Ukrainian refugees over those coming from conflicts in the global south.

Ukraine’s refugee crisis is dire. According to the UN Refugee Agency (UNHCR), more than 3 million people have fled the country since Russia’s invasion. To put that in context, it took six months for one million refugees to leave Syria in 2013, nearly two years after that country’s civil war began.

The two wars occurred at different times and on different continents, but unlike the Syrians fleeing conflict, Ukrainians are finding a much warmer welcome in Europe.

“It’s extraordinary to see the comparative ease with which they’re being taken in by pretty much every European government, and how their plight against Russian aggression is resulting in overwhelming solidarity,” said H. A. Hellyer, a scholar at the Washington, DC-based Carnegie Endowment for International Peace.

Martin Griffiths, the United Nations’ Humanitarian Affairs and Emergency Relief Coordinator, told CNN’s Christiane Amanpour this week that there is a “shocking different set of priorities for people,” but added that it’s not uncommon for neighboring countries to absorb a large number of refugees, citing Syrians in Turkey and Afghans in Pakistan as examples.

Denmark is known for having some of Europe’s strictest anti-immigration policies. The government has welcomed Ukrainian refugees with open arms and, while saying all refugees are treated the same, it is urging some Syrian refugees living there to return home, despite the ongoing conflict in their country.

Such examples are plenty across Europe.

In France, far-right presidential contender Eric Zemmour told BFM TV on March 8 that it would be acceptable to have different rules for refugees coming from Europe and those from Arab Muslim countries.

“Everyone knows that Arab or Muslim immigration is too distant from us and it’s more difficult to acculturate and assimilate them. So effectively, we are closer to European Christians,” he said.

A few days after Russia’s invasion of Ukraine, when Bulgaria’s Prime Minister Boyko Borisov was asked about the possibility of accepting refugees, he said no European country was afraid of the migration wave that is about to come.

“These are people who are Europeans, so we and all other countries are ready to welcome them,” he said. “In other words, this is not the refugee wave that we are used to, where we don’t know what to do, people with an uncertain past — are they terrorists [or not]?”

The disparity in the treatment of refugees may be due to Ukraine’s proximity to host countries and the assessment in the West that Russia is threatening Europe’s security through the war, said Hellyer.

“But we cannot underestimate a much more raw and tribal response, and that far too many of us in Europe simply saw refugees when they saw Ukrainians, because they were white and of Christian heritage,” he said.

Judith Sunderland, associate director for Human Rights Watch’s Europe and Central Asia division, told CNN that “empathy and solidarity should stretch to everyone in need, not just the people who may look and pray like us.”

“Europe is doing the right thing this time, keeping its borders open to everyone, and moving quickly to grant temporary protection to Ukrainians, sending very strong messages of empathy and solidarity,” she said. “But this stands in stark contrast to the policies and practices that we continue to see with respect to migrants and refugees from other parts of the world, most of them brown and black.”

How to help the people of Ukraine

According to a 2021 UN report — out of the nearly 7 million Syrians forced to flee their country, about 1 million live in Europe, with 70% of them hosted by two countries: Germany and Sweden.

In 2018, at the height of Europe’s migrant crisis, Central European countries decided to skip an EU summit on migration, with Hungarian Prime Minister Viktor Orban saying the issue would become a “pan-European frenzy.” The countries had earlier rejected proposals from other European nations to allow a certain number of refugees into their countries.

Now, Central European countries like Hungary and Slovakia are taking in hundreds of thousands of Ukrainian refugees.

“For a continent that tries to pride itself on the superiority of pluralism over bigotry, following the awful experiences of the Holocaust, of the Bosnian genocide, and civil rights struggles across the continent and the West more generally,” said Hellyer, “it’s a sad reminder that far too many of us continue to be immensely tribal and racist.”

Three million refugees have been offered unconditional asylum and protection in neighboring countries across the European Union, the UNHCR said in a statement to CNN. “Our hope is that the same solidarity, compassion and support can be extended to the 84 million other people forced to flee around the world.”

Two British nationals released after being held for years by Iran

Nazanin Zaghari-Ratcliffe, the British-Iranian charity worker who has been held in Iran for almost six years, has been released and is en route back to the UK. Fellow British-Iranian national Anoosheh Ashoori was also released.

British Prime Minister Boris Johnson visited the United Arab Emirates on Wednesday as part of efforts to secure additional oil flows and increase pressure on Russian President Vladimir Putin over Ukraine. He flew to Saudi Arabia later in the day.

The State Department said on Tuesday that striking an agreement that would allow Iran to re-enter the nuclear deal would not become an “escape hatch” for the Kremlin to avoid the sanctions that have hit Russia since it attacked Ukraine last month.

Eslam El Ashery has been driving around Ukraine to help people evacuate.

An aspiring dentist from Egypt has become a savior for Arab families stranded in Ukraine thanks to social media.

Twenty-seven-year-old Eslam El Ashery said he was studying to become a dentist in Kyiv while working as a tourist guide for Arabic speaking visitors. He had been in the country just two years when Russia’s bombs started falling in late February.

Like most foreigners, he packed his bags and decided to leave for Poland to return home to Cairo. But on his way, he came across an appeal for help on social media from a stranded Iraqi family. The woman and her four children were stuck in Bila Tserkav, south of Kyiv, without money or a mode of transportation. El Ashery took a detour to get them, he told CNN.

But soon after, more appeals started streaming in and he found himself adding more rescues to his agenda before his final departure. By Tuesday, he said he had helped around 20 individuals escape the country. Mostly were from mixed Arab-Ukranian families. When he ran out of money for fuel, his parents sent him some.

Abdullah Alsaab, a 29-year-old Saudi sales manager working in Kyiv, had been stuck in the capital for 10 days before social media users put him in touch with Ashery, who began driving from Lviv to take him to the border.

Alsaab eventually found another group that took him out through Romania, but he said he was grateful to Ashery’s determination to help.

“He didn’t ask for money,” Alsaab told CNN, referring to El Ashery. “He was doing it for [a good cause].”

Now El Ashery has one final mission to help an Egyptian man taking shelter with a Ukranian family in Kyiv. Then, he plans to go home, he said.

Egypt’s migration minister Nabila Makram congratulated Ashery on his bravery, said the state-owned news outlet Al Watan, adding that his actions are the result of “the humanity that drives us everywhere.” 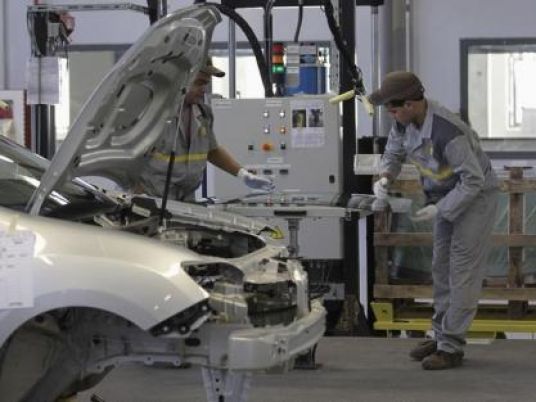