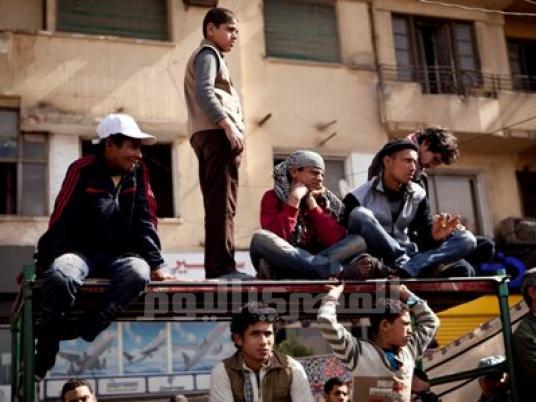 Human Rights Watch on Tuesday called on Egypt’s military rulers to end all investigations and trials of children by military courts.

The New York-based rights watchdog said that, together with Egypt’s No to Military Trials Campaign, it has documented the cases of 43 juveniles brought to military prosecutors since the 25 January uprising began last year.

“The Egyptian military should end all investigations and trials of children before military courts and should release or transfer those already convicted to the juvenile justice system,” the organization said in a statement.

Since coming to power, the Supreme Council of the Armed Forces has referred more than 12,000 civilians to military prosecution, the statement added.

“It’s bad enough that the SCAF is trying civilians in military courts, but to put Egyptian children through the military justice system is an even graver injustice,” said Priyanka Motaparthy, the Human Rights Watch researcher on children’s rights in the Middle East.

“The military has brought children before military courts without even the most basic protections, like access to lawyers or their families. Even worse, authorities have abused them in detention,” Motaparthy said.

Some children have remained in detention for up to a year, the group said.

One of the cases highlighted is that of 13-year-old Ahmed Hamdy Abdel Aziz, who was apprehended in connection with the violence that took place at a Port Said football match on 1 February. The violence left 74 dead and hundreds injured.

Another case documented is that of Mohamed Sherif, 17, who was detained in July at a military checkpoint in Arish on his way to a wedding and accused of participating in an attack on a local police station.

Mohamed Abdel Hady, 15, was arrested for no clear reason by military police last year as he was leaving a microbus station on the edge of Tahrir Square, according to the report.

The group quoted Adel Ramadan, a human rights lawyer, as saying that some of the juveniles detained at the Hikestep military prison were beaten and subject to electric shock torture.

The watchdog said that such practices contradict both international human rights laws and Egyptian law.

Human Rights Watch called on the military to publicly release data on the cases of all civilians tried before military courts, including children.