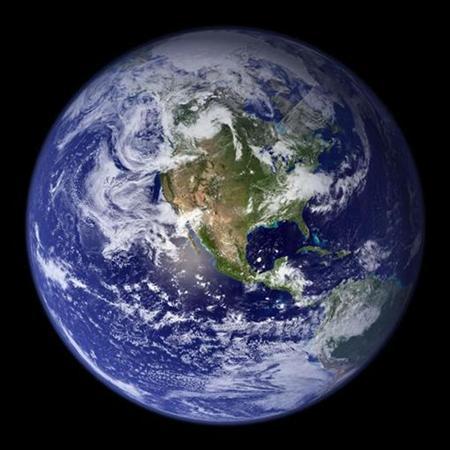 It’s almost eight months into 2017, and humanity’s demand for ecological resources has already exceeded what the planet can replenish annually, as Earth Overshoot Day is marked as August 2, reminding humans of the enormous toll they take on the Earth, World Wide Life Fund and Global Footprint Network said in a report.

Earth Overshoot Day marks the point when humanity’s demand for ecological resources exceeds what the planet can renew in a whole year.  Each year, the Earth regenerates an enormous amount of environmental resources – water, soil and clean air – that humans use up. In the last few decades, however, humans began using substantially more of these resources than can be replaced in a year.

In 1986, environmental groups began calculating the day, each year, on which we go over our limit and start living on credit. This year, the day falls on August 2, one day earlier than last year. Every passing year, the day arrives earlier and earlier.  In 1993, it fell on October 21, in 2003 on September 22, and in 2015 on August 13.

“By August 2, 2017, we will have used more from nature than our planet can renew in an entire year,” the WWF and Global Footprint Network said in a statement.

“In other words, humanity is currently using nature 1.7 times faster than ecosystems can regenerate. This is akin to using 1.7 Earths. This means that in seven months, we emitted more carbon than the oceans and forests can absorb in a year, we caught more fish, cut more trees, harvested more, and consumed more water than the Earth was able to produce in the same period,” the statement read.

In addition, the groups said that greenhouse gas emissions from burning coal, oil and gas, making up 60 percent, are now the fastest growing mankind ecological “footprint” on the planet.

GFN calculates Overshoot Day by comparing the planet’s bio-capacity (the amount of ecological resources the Earth is able to generate in a year) with humanity’s demand for these resources, which include cropland, livestock, fish stock, the use of forests for timber, space for urban infrastructure and carbon emissions.

They stated that an individual sense of responsibility can contribute to stopping, and eventually reversing, this trend by eating less meat, burning less fuel, using family planning methods, reducing driving and cutting back on food waste. The groups said that if people worldwide reduced their driving by half the Earth Overshoot Day would be moved by 10 days.

Vehicle exhaust emissions to be inspected, reduced in 7 governorates