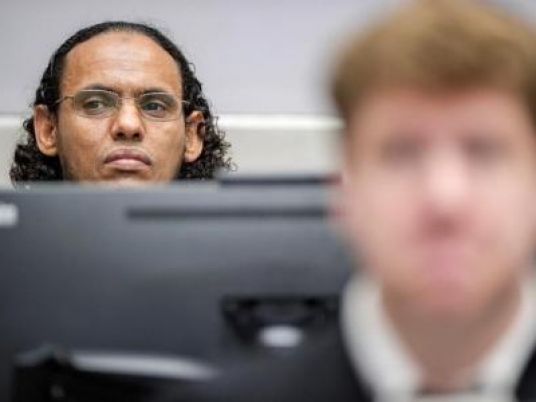 International war crimes judges are to rule on Tuesday in the case of a former Islamist rebel who pleaded guilty to wrecking holy shrines during Mali's 2012 conflict and apologised for the damage he cause in Timbuktu.

It is the first case at the International Criminal Court focusing on cultural destruction as a war crime.

During a two-day trial in August Ahmad al-Faqi al-Mahdi asked for forgiveness and said he had been swept up in an "evil wave" by al Qaeda and the Ansar Dine Islamist groups that briefly seized control of the ancient sites.

As part of a plea agreement the prosecution and the defence requested a sentence of between 9 and 11 years in prison. However, the judges are free to ignore the recommendation and hand down a sentence of up to 30 years.

Mahdi has admitted to charges of involvement in the destruction of historic mausoleums in the North African city. Prosecutors say he led a group of religious police using pick-axes and crowbars to destroy nine mausoleums and the door of a mosque, and at times took part himself.

Most of the sites dated from Mali's 14th-century golden age as a trading hub and centre of Sufi Islam, a branch of the religion seen as idolatrous by some hardline Muslim groups.

During the trial, prosecutor Fatou Bensouda compared the attacks to Islamic State's smashing of monuments in the Syrian city of Palmyra and the 2001 destruction of the Afghan Bamiyan Buddha statues by the Taliban.

If convicted, Mahdi, who estimates his age at 45, would be the first defendant to be found guilty of Islamist-related charges by the global court.