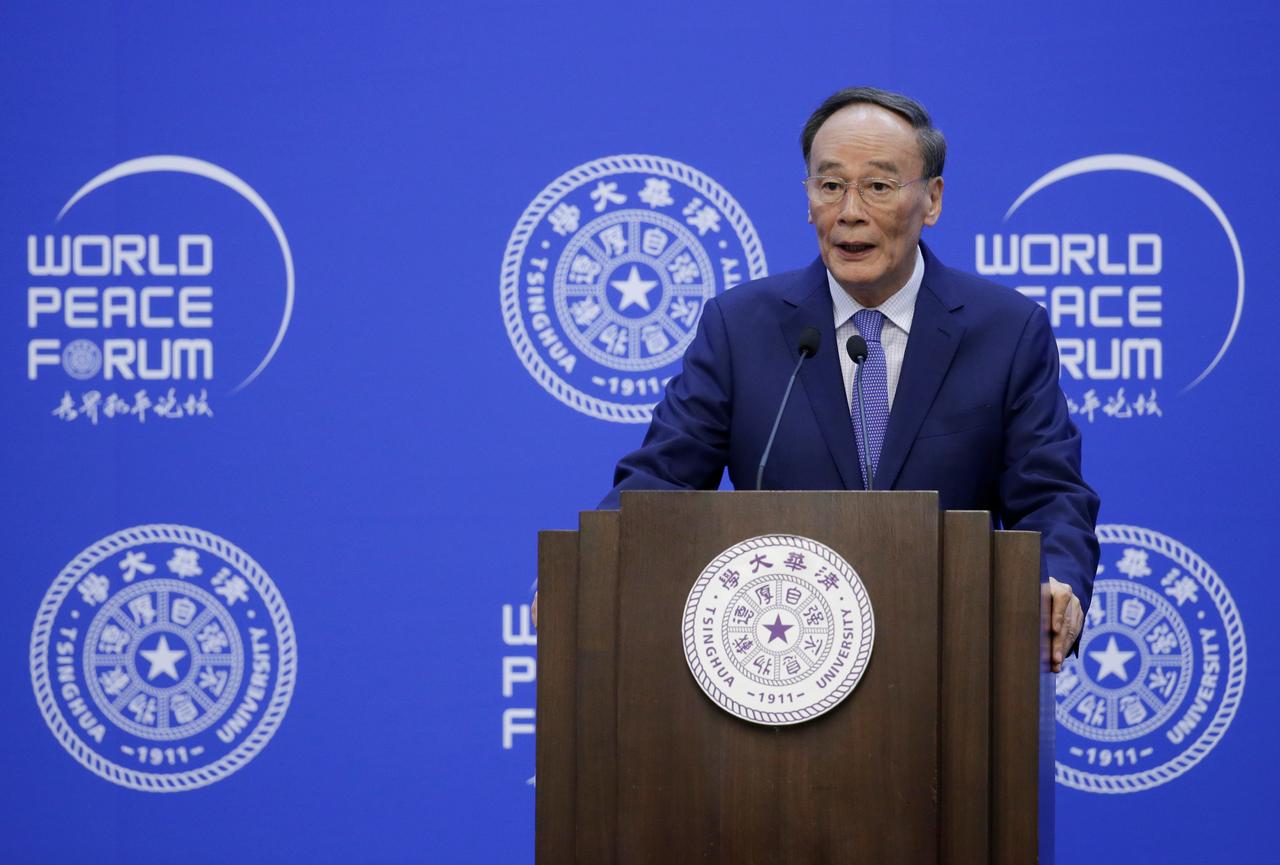 BEIJING (Reuters) – China and the rest of the world must co-exist, Chinese Vice President Wang Qishan said on Monday, in an indirect jab at the United States with which Beijing is currently trying to resolve a bitter trade war.

Wang also warned against “protectionism in the name of national security”, without mentioning the United States, and called major powers to make more contributions to global peace and stability.

The Trump administration has accused China of engaging in unfair trade practices that discriminate against US firms, forced technology transfers and intellectual property rights theft, all charges Beijing has denied.

Both sides have leveled increasingly severe tariffs on each other’s imports.

Wang, who is extremely close to Chinese President Xi Jinping and who only rarely speaks in public, reiterated China’s commitment to opening up.

“Large countries must assume their responsibilities and set an example, make more contributions to global peace and stability, and broaden the path of joint development.” he said.

Top representatives of the United States and China are organizing a resumption of talks for this week to try to resolve the year-long trade war between the world’s two largest economies.

The two sides have been in communication by telephone since last month’s G20 summit, when US President Donald Trump and Xi agreed to relaunch talks that had stalled in May.

Talks between the two sides broke down in May after US officials accused China of pulling back from commitments it had made previously in the text of an agreement that negotiators said was nearly finished.

The two countries have been at loggerheads over a series of other issues, from human rights to the disputed South China Sea and US support of self-ruled Taiwan, claimed by China as its own.

Wang said that no matter how the international situation develops or how China develops, it will walk the path of peace, and not seek spheres of influence or expansion.

“If there is no peaceful, stable international environment, there will be no development to talk of.”