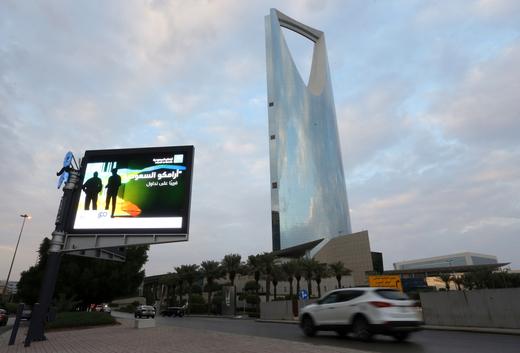 NEW DELHI (Reuters) – India has dropped an anti-dumping investigation over imports of polyester feedstock monoethylene glycol (MEG) from Saudi Arabia, but will continue the effort against Kuwait, Oman, Singapore and the United Arab Emirates, the government said.

In an order on Monday, the government said Reliance Industries Ltd asked in February for Saudi Arabia to be dropped, after the company had sought the investigation in December into cheaper MEG exports by all five nations.

“Further, it has been requested by the company to continue the investigation and recommend imposition of provisional anti-dumping duty,” it added, citing Kuwait, Oman, Singapore and the UAE as the countries from which imports are to be targeted.

The order did not make clear why Reliance had sought termination of investigation against Saudi Arabia. Indian rules allow such immediate termination after a written request from the affected domestic industry that sought the investigation.

Billionaire Mukesh Ambani promoted Reliance deals with all five countries by way of imports and exports of crude and refined fuels.

Last year, Reliance signed an initial deal with state oil giant Saudi Aramco to sell a 20% stake for about US$15 billion in its oil to chemicals business.

In its December application, Reliance said the MEG export prices of the five countries were lower than their domestic prices. Oil- and gas-rich ethylene producers Kuwait, Oman, Saudi Arabia and UAE get feedstock at discounted prices, it added.

Reliance had called for the raw material costs of the four nations to be benchmarked to international prices, while seeking that those of Singapore be linked to Asia-Pacific prices in reports published by pricing intelligence service ICIS.

MEG is a major feedstock used to produce polyester fibers, films, and resins, besides finding use in the fiber treatment of textiles, the paper industry, and in adhesives, inks, and cellophane.

Image: A billboard displays an advertisement for Saudi Aramco in the streets in Riyadh, Saudi Arabia, November 15, 2019. (STRINGER November 17, 2019, Reuters)