With Egypt’s economy struggling over the past year, everyone from generals and government officials to presidential candidates and academics have jumped at the opportunity to offer their two-cents on how to avoid economic collapse, often employing a variety of statistics like gross domestic product growth rates, GDP by sector or unemployment rates.

But some economists believe that most of the prescriptive policies in the mainstream discussion about the economy only play with half a deck. The other half, they say, lies in the severely understudied informal economy, which may account for around a third of all economic activity.

The existence of an enormous informal economy in Egypt renders conclusions and prescriptions based on official figures “practically meaningless,” according to Adel Beshai, an economics professor at the American University in Cairo.

Quantifying, or even defining, the informal economy is an inherently difficult task as it generally encompasses business deals and exchanges outside the legal framework. This means it is not calculated as part of GDP, or employment for that matter, as many Egyptians register themselves as unemployed to collect benefits while earning money on the side.

Over the past decade, local and international economists have conducted research to try to measure Egypt’s informal economy with varying results. Economists believe the informal economy is equal to anywhere between 25 to 60 percent of the current official GDP — approximately US$218 billion, according to latest World Bank statistics — although the majority place it in the 30 to 40 percent range.

“We’re not talking about a handful of street vendors and off-the-record transactions,” says Beshai. “We’re talking about a booming sector of society, comprised of millions of Egyptians, who underwent their own economic revolution decades ago when they detached from the bureaucratic straightjacket that is Egypt’s formal economy.”

Hernando de Soto, the president of the Institute for Liberty and Democracy property rights think tank and a longtime advocate of embracing the informal economy, describes this phenomenon of a disproportionately large, and therefore independent, informal economy as “Egypt’s economic apartheid.”

How or why to approach this “apartheid” remains a subject of divided opinion, but the general argument from advocates is that significantly inaccurate economic data, such as GDP per capita, renders erroneous efforts to economically quantify and determine who constitutes the average Egyptian.

“This means that economic solutions that are put forth, and eventually reflected in policy, address a population that has little to do with the actual Egyptian population, but rather a deformed version,” says Alia El Mahdi, dean of the Faculty of Economics and Political Science at Cairo University, who has extensively researched the informal economy. She adds that skewed reforms are not new, and were prevalent during the Sadat era.

Despite the alleged shortcomings of economic prescriptions, advocates in favor of researching and exploring the informal economy now assert that Egypt is passing through a pivotal economic period, and that refusing to acknowledge the informal economy through policy and legal reform may have dire consequences in the long run.

According to the advocates interviewed, there is currently no political body or person seeking to approach this issue and the application of formal statistics remains the status quo. The last known attempt to address the informal economy was in a 2004 proposal put forward by de Soto and his think tank, but was shut down by "invisible forces," de Soto says, despite being championed by then-Finance Minister Mohamed Medhat Hassanein. Hassanein was removed from office weeks later, though it is uncertain whether his removal was related to the proposal.

Advocates maintain that extensive research into the informal economy must take place before any action is taken. But while they agree that viable solutions to long-term economic troubles are to be found through the informal sector, some believe that the answer is to “formalize” it, while others advocate the opposite, or, informalizing the formal economy.

On a recent visit to Egypt, de Soto met with Egypt Independent's sister paper Al-Masry Al-Youm for an interview in which he asserted that Egypt must formalize its informal economy, as his native Peru did in the late 1990s. He said the formalization contributed to the country's economic boom in the 2000s.

In 2004, the Institute for Liberty and Democracy conducted a study that estimated the value of extra-legal businesses and properties in Egypt, both rural and urban, to be worth the equivalent of US$248 billion in assets, approximately $400 billion in today’s dollars.

De Soto calls this “dead capital,” which he likens to property that cannot be leveraged as collateral for loans, to obtain investment capital or security for long-term contractual deals.

“It is a matter of legal reform, that will then manifest itself in long-term economic benefits,” said de Soto. “The figures are far greater than potential foreign direct investments and what Egypt receives in foreign aid. It will be purely bottom-up, and can even be taxed, producing higher tax revenues.” That could be helpful with a widening budget deficit.

“Informal economies are ideal if you are seeking only the survival of millions of people, but a burden on long-term ‘inclusive growth,’” de Soto said.

Other economists, however, fear that imposed formalities will disperse the workers embedded in the informal economy and disrupt its natural order.

While Mahdi suggests putting incentives in place to formalize the sector, she says that direct intervention is the wrong approach.

Economists like Mahdi believe that research focusing purely on micro and small enterprises (MSE) needs to be developed to study the economy. She adds that the burdens and challenges of formalizing should be relieved through policy, such as tax schemes that assure continued tax exemptions until an MSE reaches a certain size or changes in labor regulations that allow for cheaper, formal hiring.

“Being formalized while maintaining all the benefits of the informal sector will assure incentive and growth, that loans can be taken, and that business can reach a sufficient size before taxing occurs,” she says. “The policies must also be straightforward and simple to understand.”

However, both Mahdi and Beshai contend that Egypt’s formal sector has a lot to learn from the informal sector, rather than the other way around.

“Currently, the informal economy is the best, most well-adjusted system in Egypt,” says Beshai. “It’s market driven, fast paced, rewards and encourages creativity. It’s buoyant during a recession; it creates jobs; and most importantly, it correlates directly to the needs of the millions of people affiliated with it. Compare that to an impenetrable bureaucracy that is failing, where it takes almost two years to register a bakery.

“The formal economy will have to ‘informalize,’ through rigorous research and policy, if it wants to promote sustainable ‘inclusive growth,’ not the other way around,” he adds. 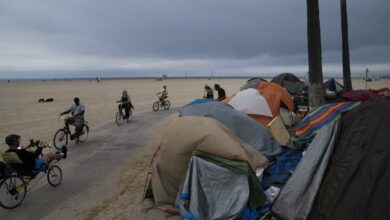