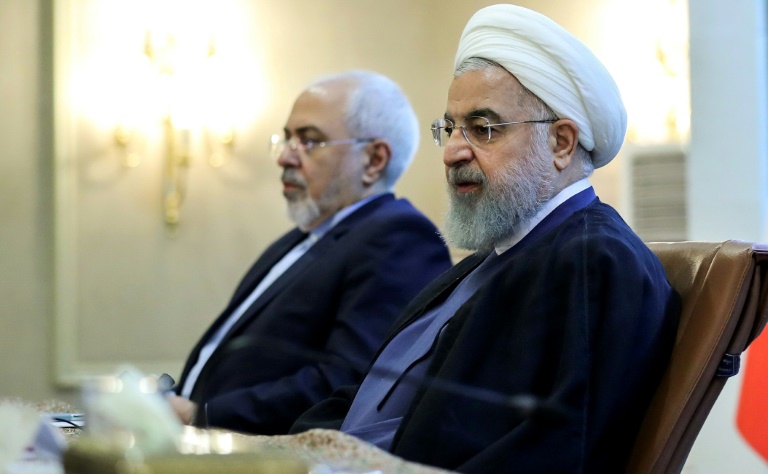 “I believe your resignation is against the country’s interests and do not approve it,” Rouhani wrote in a letter to Zarif, the website said.

“I consider you, as put by the leader, to be ‘trustworthy, brave and pious’ and in the forefront of resistance against America’s all-out pressure,” he added, referring to Iran’s supreme leader Ayatollah Ali Khamenei.

Zarif abruptly tendered his resignation on Instagram on Monday, seemingly over being left out of meetings with visiting Syrian President Bashar al-Assad earlier in the day, Iran’s Entekhab news agency reported.

Assad, a major recipient of Iranian aid during his country’s nearly eight-year civil war, met with both Khamenei and Rouhani on his rare foreign visit, but not with Zarif.

He stressed that Zarif was the pointman in the conduct of Iran’s foreign policy.

“As ordered several times, all bodies — including government or state bodies — must be in full coordination with this ministry with regards to foreign relations,” the president said in his letter.

Entekhab said it tried to reach Zarif after Assad’s visit and received the following message: “After the photos of today’s meetings, Javad Zarif no longer has any credibility in the world as the foreign minister!”