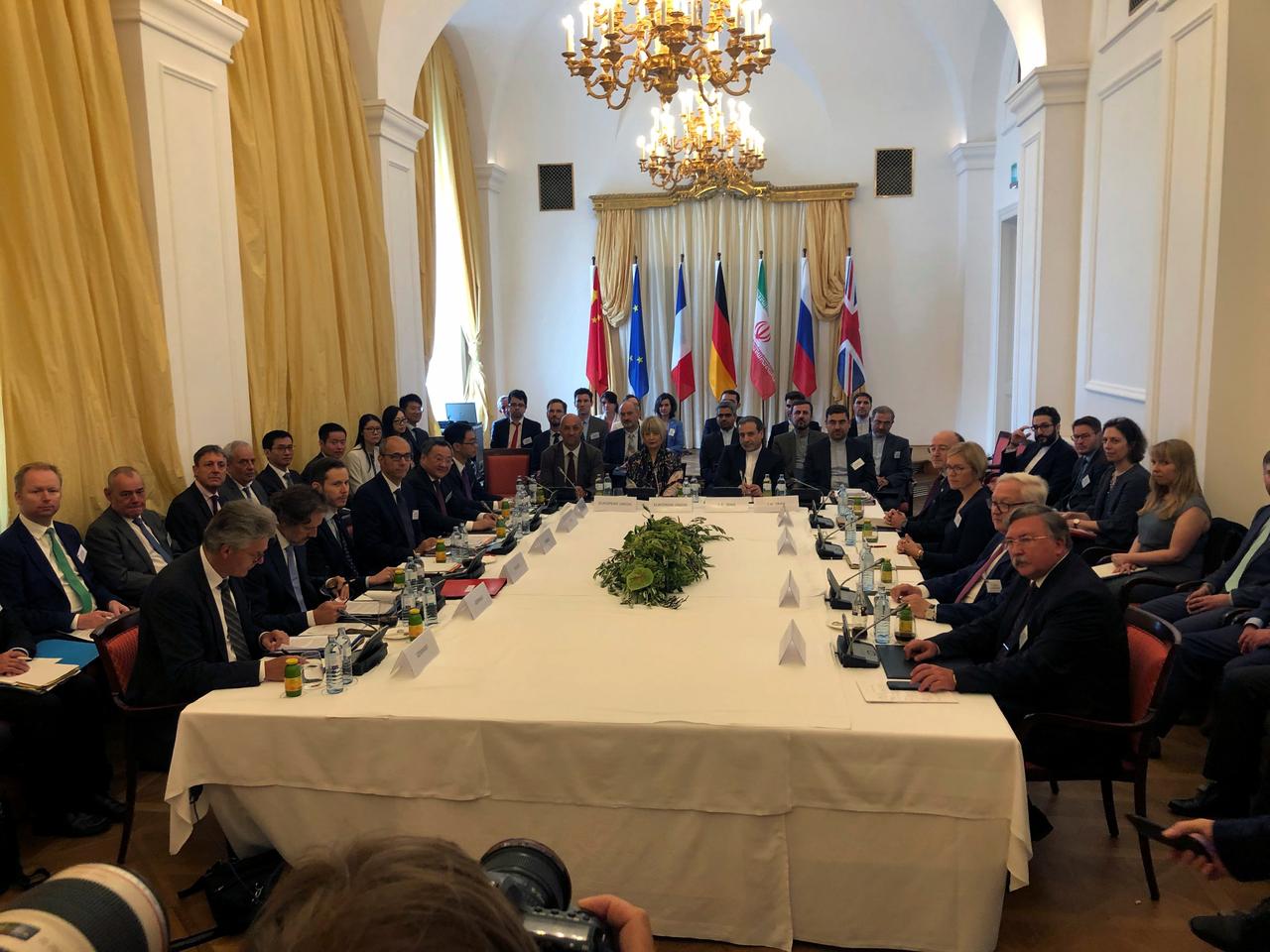 VIENNA (Reuters) – An emergency meeting with parties to Iran’s 2015 nuclear deal with major powers was “constructive”, Iranian official Abbas Araqchi said on Sunday, but said Tehran would continue to reduce its nuclear commitments if Europeans failed to salvage the pact.

“The atmosphere was constructive. Discussions were good. I cannot say that we resolved everything, I can say there are lots of commitments,” Araqchi, the senior Iranian nuclear negotiator, told Reuters.

Parties to the deal met in Vienna on Sunday for emergency talks called in response to an escalation in tensions between Iran and the West that included confrontations at sea and Tehran’s breaches of the accord.

“As we have said, we will continue to reduce our commitments to the deal until Europeans secure Iran’s interests under the deal,” Araqchi said after the meeting.

Britain, France, Germany, Russia, China and Iran have been trying to salvage the pact since the United States withdrew from it in May 2018 and re-imposed and toughened sanctions on Iran, crippling an already weak economy.

The Europeans say breach of the agreement by Iran would escalate confrontation at a time when Tehran and Washington are at risk of a miscalculation that could lead to war.

However, their efforts to protect trade with Iran against the US sanctions have yielded nothing concrete so far. Earlier this month, Tehran followed through on its threat to increase its nuclear activities in breach of the agreement.

Iran has called on Europe to accelerate its efforts.

“All our steps taken so far are reversible if other parties to the deal fulfill their commitments,” an Iranian diplomat told Reuters before the meeting was due to start.

In response to the sanctions, Iran said in May it would decrease its commitments under the nuclear pact. Under the deal, most international sanctions against Tehran were lifted in return for limitations on its nuclear work.

So far, Iran has breached the limit of its enriched uranium stockpile as well as enriching uranium beyond a 3.67 percent purity limit set by its deal with major powers, defying a warning by Europeans to stick to the deal despite US sanctions.

The UN nuclear watchdog, policing the deal, has confirmed the measures announced by Tehran.

The meeting in Vienna comes after Iran’s elite Revolutionary Guards seized a British-flagged oil tanker on July 19, two weeks after British forces captured an Iranian oil tanker near Gibraltar which it said was violating sanctions on Syria.

Araqchi said Britain’s seizure of the Iranian oil tanker was a violation of the nuclear pact.

“We witnessed the seizure of an oil tanker carrying Iranian oil in the Strait of Gibraltar which in our view is a violation of (the nuclear deal),” Araqchi said.

“And the countries who are part of (the nuclear deal) shouldn’t create obstacles for the export of Iranian oil.”

Britain has called for a European-led naval mission to ensure safe shipping through the Strait of Hormuz, a vital international oil shipping route. An Iranian government spokesman said on Sunday such a mission would send a “hostile message”.

Britain said on Sunday Royal Navy destroyer HMS Duncan had arrived in the Gulf to join a British frigate escorting British-flagged ships through the Strait.

Iran has threatened to disrupt oil shipments through the waterway, where several oil tankers have been attacked, if the United States tries to strangle its economy with sanctions on its vital oil exports.