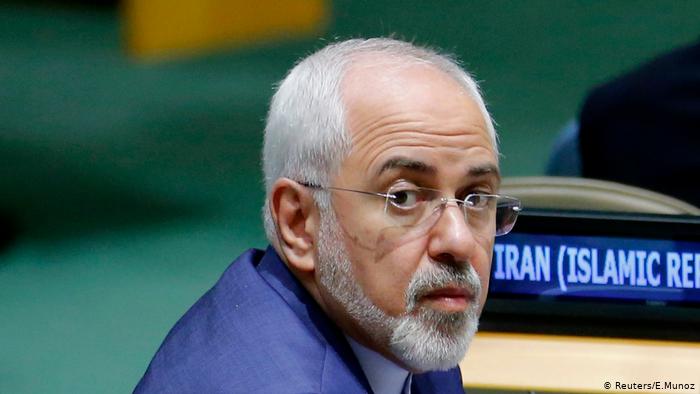 Foreign Minister Javad Zarif, who arrived in New York on Sunday for a meeting on global goals to tackle issues including conflict, hunger, equality and climate change, complained that the limitations were unreasonable.

Washington had threatened to prevent Zarif from entering the US altogether, but finally allowed a visit that restricted his movements largely to the UN headquarters, the Iranian embassy and the residence of the UN ambassador.

Diplomatic staff and their families living in New York are subject to similar conditions, but are also allowed to visit a limited area of the city’s Queens neighborhood. Zarif said the restrictions, listed in a US diplomatic note to the Iranian mission, caused the families hardship.

“It is certainly not a friendly action. It puts the members of the mission and their families under basically inhuman conditions,” Zarif told reporters at the United Nations.

The UN has also complained about the restrictions, but the US State Department claims they are fully consistent with its obligations under a 1947 agreement with the UN.

Before the new restrictions, Iranian diplomats — like those of North Korea, Syria, and Cuba — were already confined to a radius of 40 kilometers (25 miles) from central Manhattan.

According to the UN’s Blue Book, there are 13 Iranian diplomats in New York.

Zarif also condemned the US for ist sanctions against Iran, imposed after Washington withdrew from a 2015 nuclear pact. Iran has since cut some of its commitments to the deal in response.

“The United States is engaged in economic war against Iran,” Zarif told reporters. “It targets ordinary civilians, it amounts to terrorism.”

Zarif went on to question the commitment of Germany, France and Britain — the European signatories to the deal — to saving the accord.

“They’re not prepared to invest for their security and at the end of the day they’re allowing the United States to set the agenda,” Zarif said.