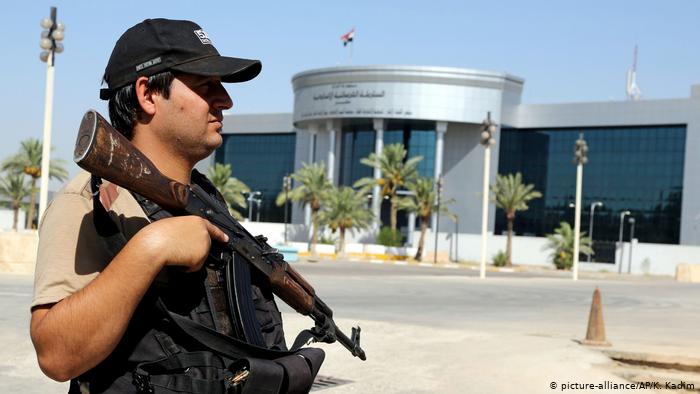 The three were found guilty of joining the “Islamic State” group (IS), according to a court official. They had been captured in Syria by US-backed forces and were subsequently transferred to Iraq for trial.

Kevin Gonot, Leonard Lopez and Salim Machou have 30 days in which to appeal.

Gonot, who fought for IS before being arrested, has also been sentenced in absentia by a French court to nine years in prison, according to the French Terrorism Analysis Center (CAT).

Machou was a member of a European foreign terrorist organization that conducted attacks in Iraq and Syria, according to US officials.

Lopez, from Paris, traveled with his family to northern Iraq before entering Syria, said French investigators.

His lawyer, Nabil Boudi, was critical of the legal process, stating it was “summary justice.”

The French government had “guaranteed us that French citizens would all be entitled to a fair trial, even in Iraq.”

However, Lopez was sentenced to death “based solely on a series of interrogations in Baghdad jails,” Boudi added.

Human Rights Watch, an investigative group that focuses on the abuse of vulnerable minorities, has previously criticized Iraq’s treatment of IS suspects. The organization has accused authorities of eliciting confessions via torture.