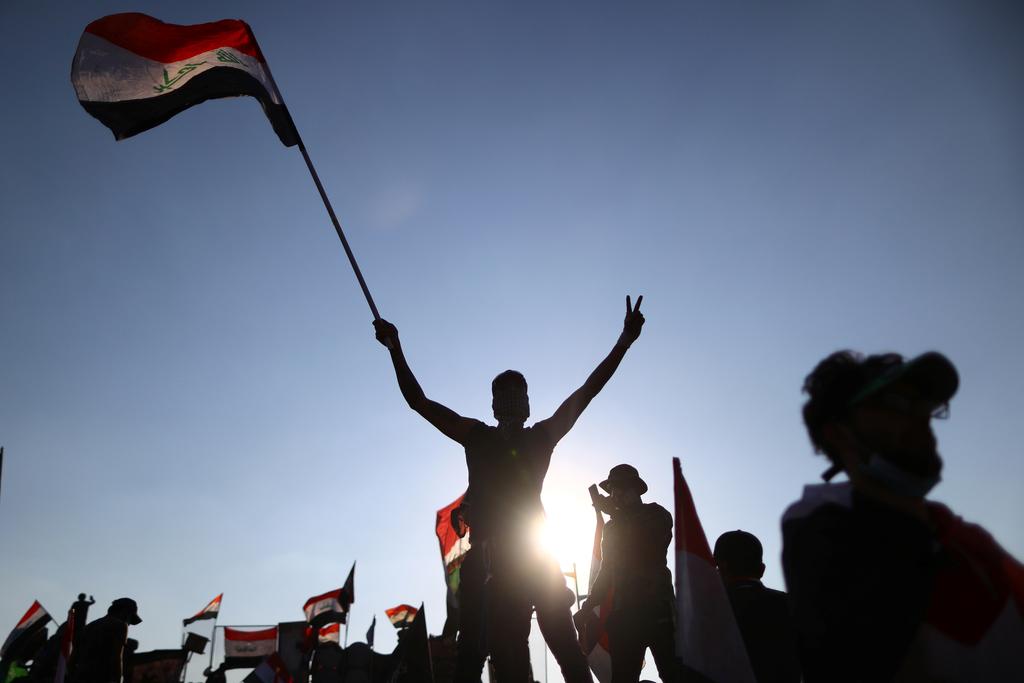 Operations at the port have been at a complete standstill since Wednesday, after protesters first blocked its entrance on Tuesday.

Umm Qasr receives the vast bulk of Iraq’s imports of grain, vegetable oils and sugar, needed to feed a country heavily dependent on imported food. Iraq’s oil exports take place mostly from nearby offshore platforms which have not been affected.

Trucks carrying goods have been prevented from entering or leaving the port. Some international shipping lines have halted operations because of the port’s closure, port officials said.

Protesters on Saturday burned tires and set up concrete blocks, angered by the anti-riot forces’ violent attempt to disperse them. At least 30 people were injured, security and medical sources said.

The protests are part of a movement that has brought tens of thousands of Iraqis to the streets to demonstrate against corruption and the poor state of public services.

Friday’s demonstrations in the capital Baghdad were the biggest anti-government protests since the fall of Saddam Hussein in 2003. About 5,000 people were demonstrating on Friday in Basra, the nearest big city to the port.

More than 250 people have died in a government crackdown on the unrest since the start of October. Much of the unrest has focused on southern cities in Iraq’s Shi’ite heartland, which also includes its main oil producing areas.

Further disruptions to port operations could cause financial damage to the country and impact the inflow of commodities, port officials said earlier this week. They also said they were holding talks with protesters to allow the port to resume normal operations.

Separately, protesters blocked roads leading to the Majnoon oilfield on Saturday and prevented employees from getting there. Operations were not interrupted, oil sources said.

Iraqis pour into streets for biggest protest day since Saddam

Protests in Iraq and Lebanon pose a challenge to Iran

18 killed in attack against protesters in Iraq’s Karbala