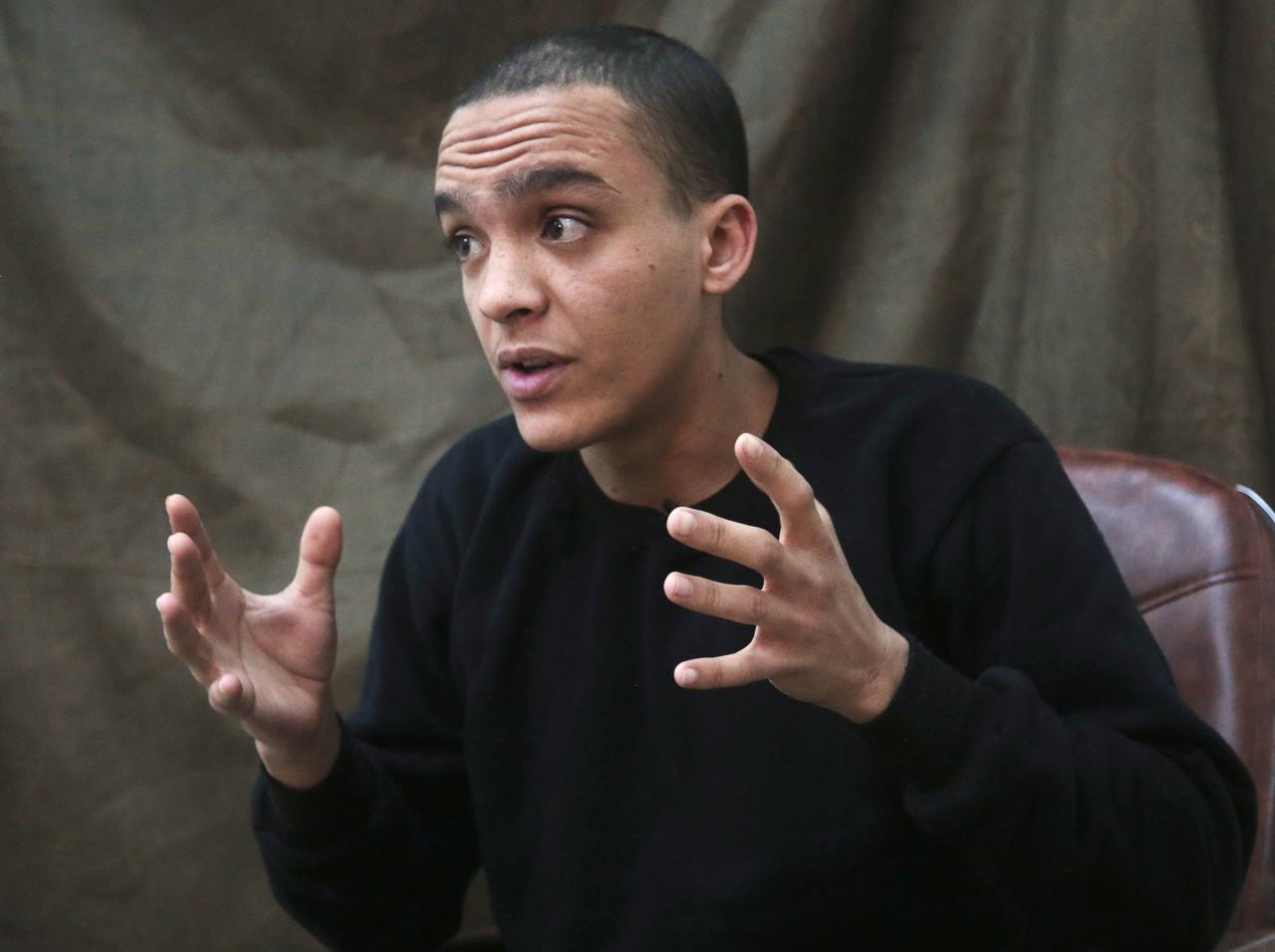 QAMISHLI, Syria (Reuters) – An Islamic State fighter detained in Syria urged Italy on Saturday to let him come home to start a new life, saying he had abandoned the self-styled jihadist “caliphate” after growing disillusioned with its rulers.

Mounsef al-Mkhayar, a 22-year-old of Moroccan descent who grew up in Italy, spoke to Reuters in his first interview since surrendering to the US-backed Syrian Democratic Forces (SDF) two months ago.

He has been in prison since emerging from Baghouz, a tiny village in eastern Syria where the SDF is poised to wipe out the last vestige of Islamic State rule – which once spanned a third of Iraq and Syria.

Mkhayar gave an account of growing chaos among jihadists on the brink of defeat, and of disputes in the ranks as top commanders fled Syria.

But he said Islamic State was also planning for the next phase, smuggling out hundreds of men to set up sleeper cells across Iraq and eastern Syria: “They said ‘We must get revenge.’”

Mkhayar is one of thousands from all over the world who were drawn to the promise of an ultra-radical Sunni Islamist utopia overriding national borders. Kurdish security officials identified him as Italian, and he said he holds Italian citizenship.

“I wish to return to Italy to my family and friends … for them to accept and help me to live a new life,” said Mkhayar, who walks on crutches after shelling injured his leg. “I just want to get out of this movie, I’m tired.”

FROM MILAN TO MAYADIN

Mkhayar was sentenced to eight years in jail by a Milan court in 2017 for spreading Islamic State propaganda and trying to recruit Italians to its cause, according to Italian media. As a result, he is likely to have to serve this sentence if he does return to Italy.

Reuters interviewed him at a security office in northern Syria in the presence of an SDF official.

As it nears victory, the SDF has struggled with the dilemma of holding fighters who traveled from abroad to join Islamic State along with women and children.

Before the final assault on Baghouz, the Kurdish-led SDF said it had around 800 foreign militants in jails and 2,000 of their wives and children in camps. Since then, the numbers have ballooned.

The SDF wants them sent back where they came from. But foreign governments generally do not want to receive citizens who may be hard to prosecute, and who pledged allegiance to a caliphate that left behind of a trail of butchery.

Once an atheist with an affinity for rap music and a dream of moving to America, Mkhayar joined Islamic State at 18.

He said he had spent most of his life in Milan with an aunt he calls his mother, before being placed in a home for troubled youths overseen by an Italian priest. He spent a month in prison on drugs charges.

Then he began immersing himself in Islamic State videos on YouTube and speaking to recruiters on Facebook. It took him only a month to decide to move to Syria with a friend four years ago.

His friend was later killed on the battlefield. After military and religious training, Mkhayar fought on various fronts. As Islamic State lost its Syrian headquarters at Raqqa, he left for Mayadin on the Euphrates river in Syria, then moved further east across the desert, toward the Iraqi border.

Amid a string of military defeats in eastern Syria, Islamic State leaders were in disarray, killing off rival clerics and commanders known as emirs, Mkhayar said.

He said he had tried to quit the fighting but had been imprisoned, and then dispatched back to the frontlines as attacks intensified.

He wound up in Baghouz, where he said the jihadists were split between wanting to give up or fight to the death.

Mkhayar said his wife, a Syrian Kurdish woman from Kobani whom he had married three years ago, helped convince him to leave.

“‘That’s it,’ we said, ‘we’re getting out.’ I saw my little daughter turning weak. I was scared my children would die.”

Mkhayar said he could not sleep thinking about his wife and two daughters in a camp for displaced people in another part of northeast Syria. His wife is due to give birth in a month.

He said he still believed in the idea of a caliphate for Muslims, but accused Islamic State rulers of governing their land like “a mafia”, seeking only to make money and violating their own rules with impunity.

Commanders had stolen money and fled to Turkey, Iraq or Western Europe while ordering people to stay and defend Islam, he said.

“This is my belief and I won’t change it, but here in Islamic State, in reality this doesn’t exist … There is no justice,” he said.

“Honestly, I came here too fast … When I arrived, I found another story.”