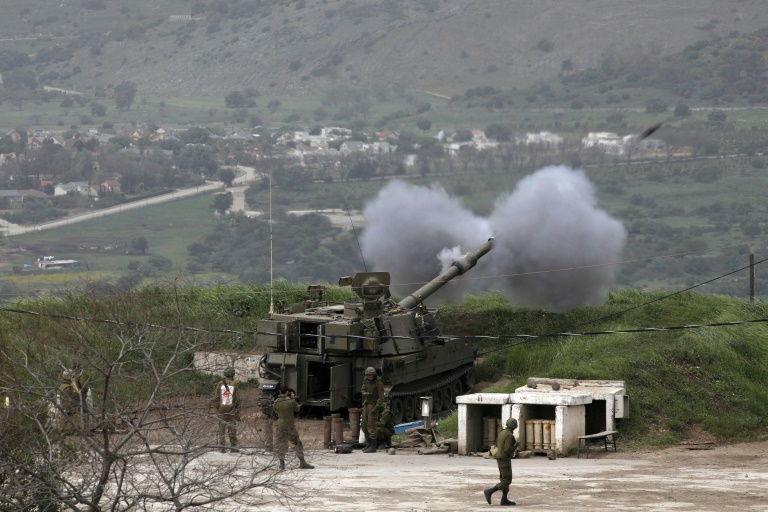 The Israeli military said the improvised explosive devices had been placed by a “Syrian squad led by Iranian forces.”

Later, Israeli military spokesman Lt. Col. Jonathan Conricus said the strikes targeted the Iranian military headquarters in Syria at the Damascus airport, a secret facility that hosts visiting Iranian military officers and the Syrian army’s 7th Division, which oversees the Syrian side of the Golan Heights. He added that Iran’s Quds force is embedded with the 7th Division.

Syrian state media quoted an unnamed military official as saying the strikes killed three soldiers, wounded a fourth and caused material damage. The report added that Syrian air defenses shot down some of the Israeli missiles before they hit their target.

Israel has launched hundreds of strikes against Iran-linked military targets in Syria over the years but rarely acknowledges or discusses such operations.

Israel views Iran as its greatest threat and says it will not tolerate the establishment of a permanent Iranian military presence in Syria, especially near its borders. Iran is a key ally of Syrian President Bashar Assad in the country’s civil war and has dispatched military advisers and allied militias to aid his forces.

Israel seized the Golan Heights from Syria in the 1967 war and later annexed it in a move not recognized internationally.

Photo: Israeli soldiers take part in a mobile artillery exercise near the border with Syria in the Israeli-occupied Golan Heights on April 5, 2020. (AFP/File / JALAA MAREY)