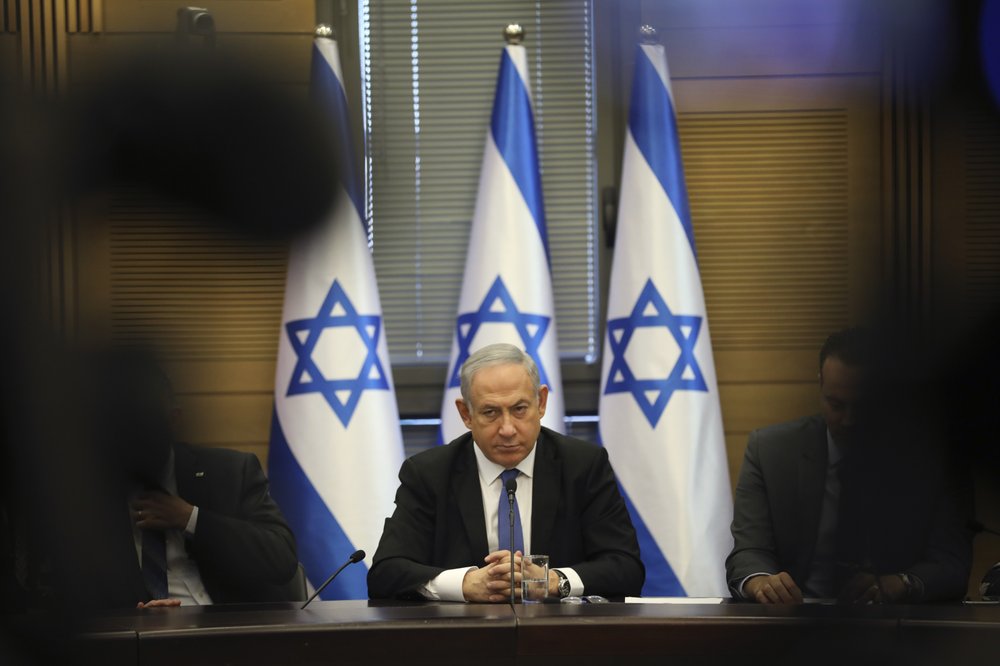 JERUSALEM (AP) — An Israeli court on Tuesday rejected Prime Minister Benjamin Netanyahu’s request to delay the start of his corruption trial, clearing the way for proceedings to begin as planned next week.

Netanyahu’s lawyers had appealed for a delay, saying they needed more time to review evidence. State prosecutors responded that they oppose any delays and the court accepted their position.

In overruling the request the presiding judge wrote that the first session on March 17 was a procedural reading of the charges only and the defendant’s response was not needed, therefore there was no justification for a delay.

Netanyahu has been charged with fraud, breach of trust and accepting bribes in connection to a series of scandals that include accepting expensive gifts from wealthy friends and offering to exchange favors with powerful media moguls. The long-ruling Israeli leader denies any wrongdoing and says he is the victim of a media-orchestrated witch hunt.

His legal troubles stood at the center of last week’s national election, Israel’s third in less than a year. Like elections last April and September, this one ended inconclusively.

Netanyahu’s opponent, Benny Gantz, refused to sit with him in government and appears poised to push for legislation in the incoming parliament that would bar anyone indicted for a crime being able to lead a government — in effect disqualifying Netanyahu from leading the country.

While the most straightforward way out of the deadlock in each of the previous rounds was a unity government, the sides have grown increasingly acrimonious toward each other with each campaign.

On Tuesday, members of Netanyahu’s Likud Party abstained from a procedural vote meant to approve the official election results, citing their demand for a recount of hundreds of ballots that are in contention. Gantz’s Blue and White said the move set a “dangerous precedent” that damaged the legitimacy of the country’s elections commission.

The anti-Netanyahu forces in the new incoming parliament command a 62-58 majority but are deeply divided among themselves, even though Gantz and the smaller Yisrael Beitenu party, led by Netanyahu ally-turned-nemesis Avigdor Lieberman, have agreed to cooperate to form a government.

Israel’s president will soon begin consultations with the elected parties to determine who to tap as prime minister-designate, typically the leader of the largest party and in this case Netanyahu. If the deadlock continues, Israel could see itself heading toward a fourth straight election, which experts say would have disastrous effects on the public’s confidence in their elected officials and electoral system.

Netanyahu, Israel’s longest-serving leader, is desperate to remain in office because installing a new government would give him an important political boost and potentially allow him to legislate his way out of the legal quagmire.

Amit Haddad, one of Netanyahu’s lawyers, had said he would seek a delay in the start of the trial. He said the request was “technical” and meant to give the defense time to review investigative materials that it still has not received.