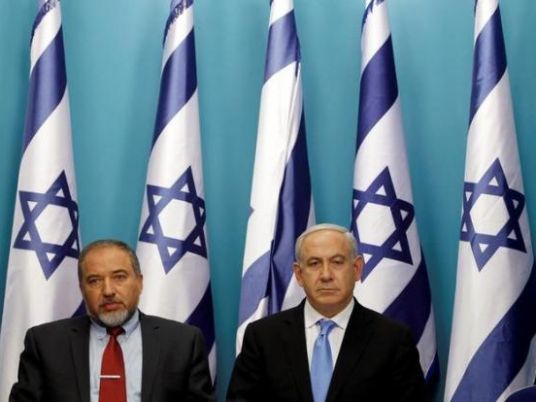 Israel's parliament on Wednesday passed a law enabling it to impeach deputies for incitement to violence, racism or support for armed struggle against the state, in a move critics said was aimed mainly at Arab legislators.

Some Arab parliamentarians have enraged Israel's Jewish majority by meeting with families of some of the Palestinians killed during a recent surge in street attacks on Israelis.

Prime Minister Benjamin Netanyahu said the new law ended "the absurd situation" whereby someone who "supports terror against the State of Israel and its citizens" could serve as a member of parliament.

Passed by a 62-47 vote, the bill is also seen by campaigners as the latest example of legislation promoted by Netanyahu's right-wing government attempting to curb freedom of speech.

"This is one of the most serious legislative proposals in recent years and it harms the very building blocks of democracy — the right to freedom of expression, the right to vote and to be elected, and the right to representation," said Debbie Gilad-Hayo of the Association of Civil Rights in Israel.

"Arab [lawmakers] whose actions and remarks do not find favor with the political majority will be the first people harmed by the bill – however, it is a slippery slope and the bill has potential to affect all," she said in a statement.

But the law could prove to be more symbolic than practical, as it requires at least 90 of the house's 120 members to vote in favor of any impeachment, a majority that may be hard to achieve in the fractious Knesset.

There are 18 Arab members of parliament, 16 of them in the opposition. Arabs citizens, many of whom identify as Palestinian, make up some 20 percent of Israel's population.

In a move that the European Union said risked undermining democracy and free speech, parliament last week adopted a law requiring NGOs that receive more than half their funding from abroad to provide details of their donations.

This could have an impact on some of the most outspoken opponents of Israeli policies in the occupied territories, including groups such as the anti-settlement Peace Now and Breaking the Silence, which takes testimony from former soldiers on treatment of Palestinians.

Netanyahu said the law was aimed at preventing interference by foreign countries and entities in Israel's internal affairs.