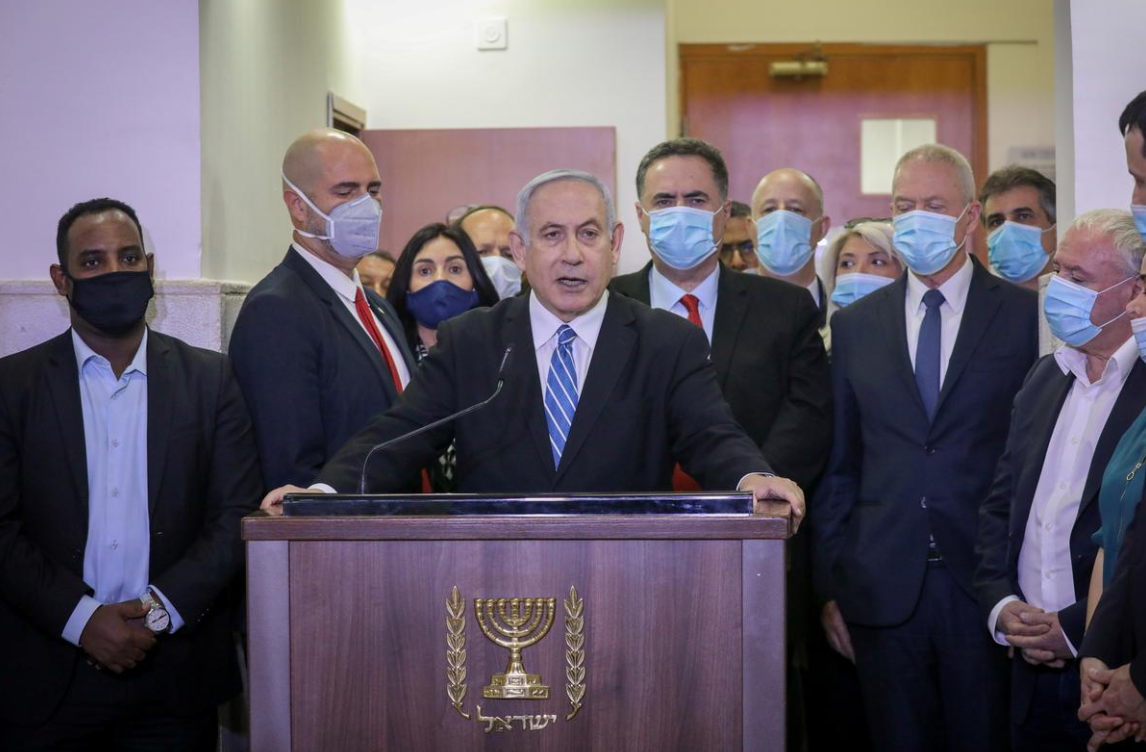 JERUSALEM (Reuters) — Israel will not miss a “historic opportunity” to extend its sovereignty to parts of the West Bank, Prime Minister Benjamin Netanyahu said on Monday, calling the move one of his new government’s top tasks.

Palestinians consider such a step as illegal annexation of occupied land they seek for a future state. Last week, they declared an end to security cooperation with Israel and its ally, the United States, in protest at the territorial plan.

Netanyahu has pledged to put Jewish settlements and the Jordan Valley in the West Bank under Israeli sovereignty. He has set July 1 as a starting date for cabinet discussions on the issue, which has also raised alarm within the European Union.

US Secretary of State Mike Pompeo has called the matter complex and said it required coordination with Washington. Netanyahu’s new political partner, centrist Benny Gantz, has been equivocal about de facto annexation.

At a meeting of legislators of his right-wing Likud party on Monday, Netanyahu set land moves in the West Bank as “perhaps the first in importance in many respects” of the tasks to be undertaken by the government he and Gantz formed on May 17.

“We have a historic opportunity, which hasn’t existed since 1948, to apply sovereignty judiciously as a diplomatic […] step in Judea and Samaria,” he said, referring to the year of Israel’s birth and using the biblical names for the West Bank.

“It is a big opportunity and we will not let it pass by,” he said a day after the start of his corruption trial. He denies charges of bribery, fraud and breach of trust.

Netanyahu has cited US President Donald Trump’s plan for Israeli-Palestinian peace as underpinning de facto annexation. The Palestinians have rejected the proposal, announced in January, under which most Jewish settlements would be incorporated into “contiguous Israeli territory.”

Palestinians and most countries view the settlements on land Israel took in the 1967 Middle East war as illegal. Israel disputes this. Israeli critics of annexation have voiced concern it could increase anti-Israeli violence.

Image: Israeli Prime Minister Benjamin Netanyahu delivers a statement before entering the district court room where he is facing a trial for alleged corruption crimes, in Jerusalem May 24 2020. (Yonatan Sindel/Pool via REUTERS)