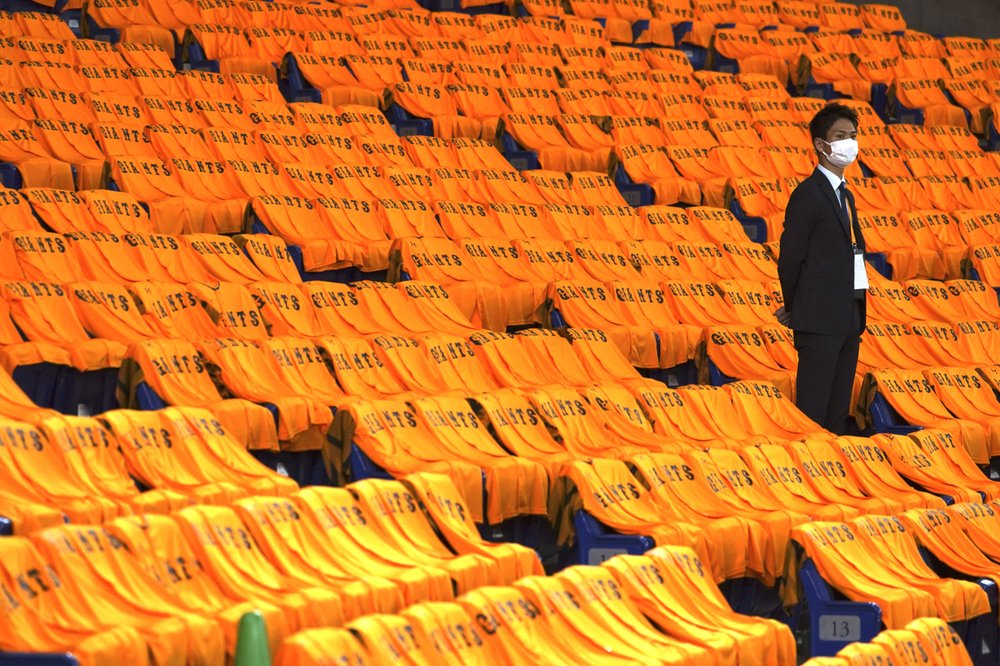 TOKYO (AP) — Japanese baseball managed to do what American baseball has not — play ball.

After a three-month delay caused by the coronavirus pandemic, the world’s second-most famous baseball league opened a season Friday that will be shortened from its regular 143 games to 120. That, of course, is twice as many as MLB figures to play — if it plays at all.

The regular season is to end on Nov. 7, followed by post-season play.

It wasn’t a perfect start, but all 12 league teams were scheduled to play. Two of the games were in open-air stadiums in Tokyo and Yokohama, where rain was threatening. The other four were in domed facilities in Tokyo, Osaka, Fukuoka and Saitama prefecture northwest of Tokyo.

“I’m very happy, very excited about today’s game,” said Venezuela-born Alexander Ramirez, the manager of the Yokohama BayStars. “Just to think about all the time we’ve had to wait, and stuff like that. It’s just the best feeling.”

All games in Japan will be played without fans until at least July. The league has also revised the schedule to limit travel. There will be periodic testing and quarantines and, according to league guidelines, players will be banned from spitting.

Teams can dress 26 players and choose from 31 players on an active roster. Non-baseball staff will wear masks.

In the Tokyo Dome, the local Yomiuri Giants faced the Hanshin Tigers. The orange seats in the dome were empty, save for messages in large, block letters across the seat that read: “Tokyo Pride” or “With Fans.”

The stadium in Yokohama, which is the venue for next year’s Olympic baseball final, was typical of the atmosphere. Seats behind the plate and down the baselines were covered with 5,000 large panels, most carrying faces of fans with various goodwill messages.

“I have been waiting for such a long time,” a note on one panel read, written in Japanese.

Another said: “My heart is always here.”

Michael Peoples, an American who was scheduled to start for Yokohama on Saturday against Hiroshima, moved this season as a free agent from the Cleveland Indians organization.

“Obviously it’s a new environment, but one thing I think I can speak volumes about,” Peoples said. “Even with the layoff we had and the rough times around the country — and all around the world — I know the support I felt and a bunch of other players have felt from the fans and staff has been unbelievable.”

Japan has recorded almost 1,000 deaths attributed to COVID-19. That compares to almost 120,000 in the United States, which has 2.6 times the population of Japan but about 120 times more deaths.

By STEPHEN WADE and KOJI UEDA

Image: A man stands at the empty seats with orange color jerseys prior to an opening baseball game between the Yomiuri Giants and the Hanshin Tigers at Tokyo Dome in Tokyo Friday, June 19, 2020. Japan’s professional baseball regular season will be kicked off Friday without fans in attendance because of the threat of the spreading coronavirus. (AP Photo/Eugene Hoshiko)

It's 2021 or never for Tokyo, confirms senior Olympic official